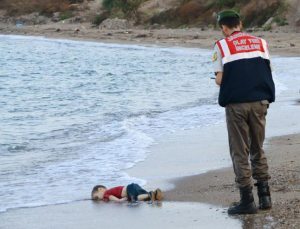 On the evening of 13 November 2015, a series of coordinated terrorist attacks commenced in Paris, France—They consisted of mass shootings, suicide bombings, and hostage-taking.

The death toll currently as of right this very moment sits at 129, 340 injured many of them critically injured. 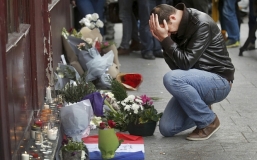 Why and who were the savages that so ruthlessly, senselessly and without cause took the lives of innocent individuals? ISIS took responsibility, boasted that it had members gain entry into France by posing as Syrian Refugees.

As of today 27 US state Governors have stated they will not take refugees in which by the way is really quite absurd. States don’t really get a choice as to whether or not they take in refugees.

President Obama has explicit statutory authorization to accept foreign refugees into the United States. Under the Refugee Act of 1980,

The president may admit refugees who face “persecution or a well-founded fear of persecution on account of race, religion, nationality, membership in a particular social group, or political opinion” into the United States, and the president’s power to do so is particularly robust if they determine that an “unforeseen emergency refugee situation” such as the Syrian refugee crisis exists.

To further drive that point home and to remind everyone, that in Arizona v. the United States, Arizona lost. Not to mention, the US stands to lose a lot by refusing asylum to refugees of war torn nations. States also have much to lose by refusing refugees in terms of Federal funding. Try to tax your citizens more to offset the loss of Federal funds and let’s see where that gets everyone. Needless to say, the Refugee Act of 1980  has given President Obama broad discretion to allow refugees to be admitted into the United States. States must yield to that act.

It’s pretty common knowledge that the terror organisation known as the Islamic State has killed far more Muslims than Christians, Westerners, or minorities during its existence. 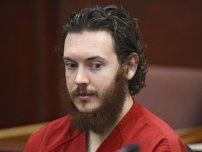 That’s your History Lesson, numbers aside:

Who thinks we don’t already have terrorists hiding out in this country waiting to kill again? We would be kidding ourselves if we thought we are safe.

By refusing a refugee access to safety because of ISIS we condemn an entire group of people to either die or join a cause they don’t believe in just so that they can live…what kind of sense does that make?

What’s more, we continue to bomb the shit out of ISIS which is great right? Yet by shutting our borders and doors to refugees where do you think ISIS is going to turn in order to get new recruits to man it’s needed growing army?

We already know that ISIS preys on the disadvantaged, the poor, the desperate, the shunned by society and now the world.  If it were me in charge of an army and I wanted to dominate, I would have snuck some of my guys in as refugees, knowing that it would upset the delicate balance of taking in refugees.

It serves multiple purposes, they kill and get attention again because of the scale of coordinated effort involved in the mass attacks and countries will stop letting some of the refugees in long enough for someone to come in and recruit the refugees.

If you are looking carefully at terrorist organizations they test the fence, find a weakness and then prey on it, exploit it, and take full advantage of our response to the damage they caused.

The world’s weakness is taking in refugees from war torn countries. We can’t stand to see them suffer and consider it inhumane to not offer a safe home. ISIS saw a weakness and took advantage of it and because of that people are going to shun refugees which will allow terrorist groups to exploit those refugees and brainwash them into joining the terrorist cause.

So what’s the answer?

Before anyone says that we should close our borders and not allow any immigrants in, please allow for me to take this moment to kindly and with as much grace as I can muster, ask that you  STFU! Our ancestors stole, yes murdered in fact quite a few Native American’s so that they could steal this country from it’s rightful caretakers the Native American’s. We didn’t need it, we just desired it and killed innocent people so as to take it from them.

We then subsequently instead of becoming the caretakers, have managed to rape and violate in every possible way the land on which we all now comfortably reside upon within the US.

We could all throw up our hands and walk away from the situation, leave refugees where they are, leave war torn nations to fight it or figure it out themselves. Nato could invoke Article 5, or nations could resume allowing refugees in but with strict and stringent rules and guidelines such as ankle monitoring, check in’s, etc.

What we should not do is turn our backs on those in need because of a group of terrorists who simply exposed a weakness in the system. We can simply find a safe and realistic solution for allowing refugees in without imprisoning them. It’s not right to condemn them to death because of ISIS. 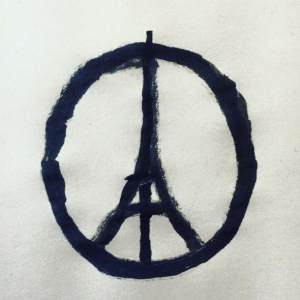