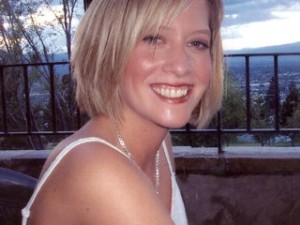 Since her murder, her story has been told many times by various media outlets and TV programs in an attempt to crack the case and bring her killer to justice. Jennifer Lynn Olson-Servo graduated from the University of Montana and landed her first television reporting position for KRBC-TV located in Abilene, Texas in July 2002. Less than 3 months later, on September 18, 2002, her body was found in her apartment. Jennifer was the victim of a sexual assault, blunt force trauma and strangulation. The case has never been solved.

Some believe that Jennifer’s murder falls under the jurisdiction of the US Military because she had a relationship with US Army Capt. Ralph Sepulveda, the one who many believe is responsible for her murder. They were not in a relationship at the time of her murder. 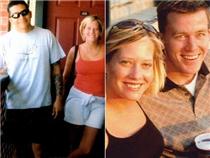 Hopefully everyone knows this case. What I find intriguing about it is the main suspect Ralph seemed to have moved on from his break up with Jennifer weeks prior to her death and didn’t bother her, contact her or anything.

Brian was actually the last person to have seen Jennifer alive yet police have strongly believed that Ralph is truly the only suspect in this case.

A blog that I found,  which I believe Jennifer’s mother is running or ran states a few reasons why she believes that the suspect is Ralph  “Help Find Justice for Jennifer Lynne Olson-Servo.

The reasons are as follows:

It seems that a lot of folks get a bad vibe about Ralph. That is until you see a story Dr. Phil ran about Anne Pressly , a news anchorwoman from Little Rock, Arkansas. Both case seem to have a lot of similarities. The issue is simple however, the police have nothing to tie the man convicted of Anne’s murder to the murder of Jennifer. Anne was murdered October 2008 while Jennifer was murdered September 2002.

Curtis Vance was found guilty of Anne’s murder in 2009 at the age of  29. He would have been what, 23 at the time of Jennifer’s murder and the only DNA found in Jennifer’s apartment were that of Herself, Brian and Ralph, nothing else found would indicate that Curtis murdered Jennifer.

The point is that Curtis while he seems like a likely suspect in terms of victim type, rape and method of killing, he isn’t Jennifer’s killer.  The cases do seem similar, yet he wasn’t careful in Anne’s murder, he left DNA and he left DNA at other crimes scenes where he attacked and raped women. That said, if he had murdered Jennifer in 2002, it would have been more likely that he’d have left evidence such as DNA at that crime scene instead of Anne’s.

Still the same if it hadn’t of been for Dr. Phil even suggesting that the murderer could have been someone other than Ralph, I may not have looked at this case at all.

Jennifer’s murder was not random that is pretty clear and yes, more than likely one of the two men she had been seeing became upset, sexually assaulted her and ended up killing her.

Jennifer’s mother blogged about finding a link between her daughter’s missing purse from the crime scene and some library books that had been checked out from the University of Montana after her daughter’s death using Jennifer’s library card which had been in her purse.

According to an University of Montana article written in 2013 the individual who checked out the book (s) was none other than Ralph who according to Jennifer’s mother’s research is narcissistic and may have taken the card as some sort of trophy. Who other than Jennifer knew what was in her purse at the time of her death, she and Ralph did live together he could have had her card for any reason other than murder.

I myself do not believe he would have taken a trophy of any kind. He is not a serial killer and typically men who kill in the name of love/jealousy do not take trophies. They don’t want to keep any evidence that would eventually lead detectives back to them. In fact more often than not, they don’t keep evidence or check out books using the former lover’s library card.

Additionally, according the library the books  that were checked out were never returned to the University of Montana’s library however this information comes from a student who was writing for the school’s newspaper in 2013. Sometimes these types of reports are not entirely accurate.

What’s interesting about Ralph was that he was 34 at the time of Jennifer’s murder who was just 22. He was a good looking bad boy type. What really gets me is that Ralph and Jennifer had only known each other for a few weeks when the couple decided he too would move from Montana to Texas and move in with Jennifer. What makes this detail a bit more interesting is that Jennifer had just recently ended a long term relationship with Dave Warren prior to meeting Ralph.

According to co-workers when Jennifer started her job in Texas she hit the ground running and everyone knew she had what it took to make it at the station. At the same time her relationship with Ralph began to suffer. Jennifer had learned Ralph had been engaged when he met Jennifer and broke that off when he moved to Texas with Jennifer, he also had a child that he never saw that Jennifer never knew of. Jennifer also at the time, disclosed with a co-worker named Jennifer Loren, that Ralph wanted to choke her while having sex with her.

Three weeks after Ralph moved to Texas after giving up his other life Jennifer kicked him out. Ralph did go to Jennifer about a week after the break up and ask for a second chance and Jennifer said no.

It seemed as if Ralph had moved on, he moved into a new apartment and obtained a job so everyone felt that things were going good. After Ralph moved out and the break up was over everyone felt a change come over Jennifer in that she was happy, falling into the groove of friends, work and living in a new location.

On the night of Jennifer’s murder, Brian and Jennifer had been out running errands together. They picked up a coffee table from a friends apartment, made a shopping trip to Wal-Mart when at one point Jennifer told Brian she thought they were being followed. Sadly, Brian jokingly told her that she was just imagining things and brushed it off as he dropped her off so that she could walk to her car alone.

According to phone records shortly after Jennifer arrived home she phoned her former boyfriend from Montana Dave Warren. They spoke about his upcoming trip to Texas later in the year and other small talk but according to Dave she never mentioned being followed.

Jennifer’s body was found two days later September 18, 2002. No one could find signs of forced entry, no one found the murder weapon.

According to police they focused as they should on the two men in Jennifer’s life recently. Brian and Ralph. Police have stated the reaction of both men were completely different. Brian as you can imagine was distraught and upset while Ralph was controlled, he did not ask too many questions such as how or why. His reaction or lack thereof rather,  seemed to have unnerved police.

The interesting thing about Ralph is that he had a clean Army record, never seemed to get into trouble at all. In the weeks leading up to Jennifer’s murder, they had not seen or spoken to one another at all.

So, the question is, who did Jennifer let into her apartment? There were no signs of forced entry, yet her purse was missing in what I assume was an effort to make it appear that the motive was a robbery gone wrong. The DNA that police found in Jennifer’s Apartment was a combination of Jennifer’s, Ralph’s and Brian’s. All DNA that anyone would expect to find inside of her apartment.

Despite the fact that Ralph was absent from her memorial, didn’t send condolences and basically did not behave the way everyone EXPECTED him to during the initial police interview and has since then refused to cooperate further, going on a limb, I don’t get the sense he murdered her. I do not see that or rather feel it.

It may be that after the break-up he too felt at some point that they both acted foolishly and rushed into something. Perhaps he felt just a little embarrassed by the fact that he rushed into something with her. Re-assessed his life, etc. Her family seemed to want to draw some sort of issue between the rush for them to be living together, he moved etc. The fact is, Ralph was not in that alone and he did not decide that alone. Jennifer was part of that plan herself.

Brian obtained an attorney and fully cooperated with the investigation which is and I hate to say this, predictable. He kills her, gets an attorney because he works at the local TV station, but if he cooperates and her most recent ex doesn’t, he’s golden. At least in his mind it works that way.

It is my belief that investigators have been looking at the wrong suspect all of this time.

Here’s the funny thing about remorse, often times if one is trying to hide the fact that he murdered someone, they don’t under-react, they do over-react. I have to call into question why Brian took two days to tell investigators that Jennifer thought they were being followed? Additionally, it seems to me that her former beau Dave was much closer to her and consider this, they had a longer term relationship and continued to stay close. She would have told him had she felt she had been followed.

According to police, colleague Jennifer Loren, said that Jennifer Servo had shown her an article about newscasters who had been stalked just the week before her death. And it is my belief that Brian came up with the story of them being followed because he too had been shown the article about newscasters who had been stalked or had heard that Jennifer mentioned it to someone and he ran with that. The fact that Jennifer had an odd boyfriend she moved to Texas with and who she just recently ended things with only added ammunition to Brian’s story.

Additionally, a friend of Jennifer’s also told investigators that basically, Brian wanted more than Jennifer did.

It’s been my experience that when you are dealing with someone who wants more than you do relationship wise it’s something that has to be handled with kid gloves, not to often do you have just friends after one has expressed that they do not want some deeply committed relationship while the other half of that equation does. In fact, most of the time if the two remain friends the one who was let down is always looking for a way in if you get what I mean.

Last but not least, friends of Brian and Jennifer’s swear that he could never have done such a thing because he is such a good person, clean cut, educated, and well liked. He just isn’t the type that could do something like this,  in other words, he was not the good looking bad boy type, but the boy next door type, which as many of you already know, is exactly the type who could and would commit murder.

The police have the evidence in this case already. They need to follow it, they need to find the inconsistencies in Brian’s story and confront him. It’s never too late to go back and work the case as it should have been worked from the start.