Her disappearance triggered a massive search and media effort, which lasted for 3 years. 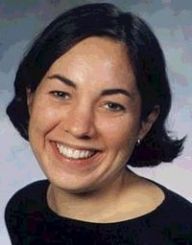 Jill K. Behrman, a 19 year old Bloomington resident and Indiana University student disappeared on the morning of May 31, 2000 while riding her bike. Jill’s partial remains were found March 9, 2003 in a wooded area near Warthen Road in Morgan County. She died due to a shotgun wound to the head.

A confession was obtained in the case in 2002 from Ellettsville resident Wendy Owings, it was later recanted, which then lead to the controversial arrest and conviction of Ellettsville man John R. Myers II.

The morning Jill disappeared, She left her parents Hyde Park home for a short bike ride before work. She was expected to meet her father and grandfather for a late lunch that afternoon but she never made it to the lunch. Jill was reported as missing by her parents the following day.

It would be October 2006 before a conviction was obtained against John Myers. 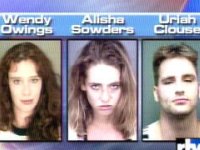 On March 22, 2002 Wendy K. Owings confessed to FBI Agent Gary Dunn, not only implicating herself but two others as well. Uriah J. Clouse and Alisha T. Evans (Sowders). The three had been named as suspects as early as June 2000, less than a month after the disappearance, based on comments they had each separately made to others regarding Jill.

The day following the confession, investigators began a search of Salt Creek, the location Wendy said Behrman’s body was placed. At that point, Agent Dunn compiled a Probable Cause Affidavit detailing the confession, the search, and the results of the the search and presented it to prosecutors, but charges were not filed.

Wendy later recanted her confession, and Carl Salzmann, then Monroe County Prosecutor, declined to pursue charges against the three. 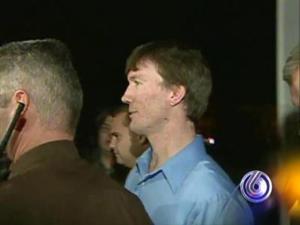 With the discovery of Jill’s remains, attention shifted away from Wendy, Uriah and Alisha, and onto Ellettsville resident John Myers. Myers was arrested April 9, 2006 and charged with the murder of Jill Behrman. The prosecution presented a case that was, admittedly, circumstantial.

Jill’s bike was discovered within a mile of Myers’ residence in a hayfield owned by local farmer Joe Peden. investigators believed that she had ridden her bike north of town, Myers spotted her from the interior of his home, and in a fit of rage over the breakup of his relationship with another woman he left his home, abducted Behrman and subsequently murdered her. Although dogs were used to aid in the search for Behrman at the time of her disappearance, no scent of Behrman was detected north of the bike dump site across from Peden’s hayfield gate on N. Maple Grove Road.

Was the right individual convicted in Jill’s murder?

It has been suggested that John Myers may be innocent due to a rush to justice. Allegedly Myers’s defense attorney, Patrick Baker, barely put any effort into his case, and the jurors were allowed to drink alcoholic beverages and maintain access to cellphones and televisions, conducting themselves in a manner described as a “fraternity party like” atmosphere.

Jurors did in fact hear a taped recording that was made during an interview John had with Detective Rick Lang.

“Lang asked Myers early on in the interview if he had any ideas about the case.  Myers  responded, “Not a clue.”

Myers says at the time of Jill Behrman’s disappearance he did not exactly remember what he was doing but believed he was on vacation from his delivery job and did not travel anywhere for a long period of time.

Lang told myers they found DNA that had not been identified.  Myers said in a taped interview that if the police wanted a blood sample they could have one.”

During the trial it was revealed that  John Myers was a suspect in Jill Behrman’s murder long before his arrest . When questioned about his alibi in 2000, John’s response was “here or there?” Police failed to follow up on John until years later.

An IU pathologist testified that Jill was likely raped because her murder fits the classic scenario of a rape homicide.

A relative of John Myers, Richard Swinney, also testified. He talked about conversations he had with John and said that John often hunted near Paragon, his weapon of choice being a 12 gauge shotgun. That was the same type of weapon that investigators believe killed Jill Behrman.

At first sight it does seem as if the case was one big rush to judgement, the lack of evidence speaks volumes.

So what do you think?

Be sure to find The Crime Shop on Apple News