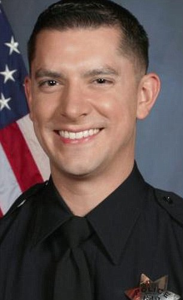 In the wake of Brendan O’Brien’s suicide the Oakland Police bureau has been rocked by multiple scandals involving its police officers. His death seems to have lifted that long dark curtain of police corruption that has been allowed to run rampant and out of control.

Brendan O’Brien took his life 9/25/2015. He was found by his mother, he had shot himself in the head. The inside of his right arm bore the tattoo “Live Together, Die Alone.” Something he clearly lived by until the end.

It was never a question to investigators as to whether or not Brendan committed suicide, it was more a matter of why. That why was because he had been having an affair with a young woman, who at the time the affair began would have been underage.

The young woman who was 18 at the time of his death, met him while underage working the streets as a prostitute and that by legal definition, in and of itself made her a victim of child sex trafficking.

Brendan saved her from a pimp when she was just 17 and they began a relationship, one that was sexual in a nature and it was no longer a secret at the time of his death. He stood to lose his job over it should the accusations be proven true, additionally, it also would mean that he broke the very laws he was to have been enforcing during his time employed as a police officer.

Investigators did find proof of this young woman’s sexual relationship with Brendan, they also found insurmountable proof that she had relationships with 28 other officers. Over a dozen from Oakland, the rest are from Richmond, Alameda County, Livermore and Contra Costa County.

Interestingly, a year and 3 months prior to Brendan’s suicide police were at his home to investigate the death of his wife. She was found with a gunshot wound to the right side of her head.

Her death was ruled a suicide, however some of the evidence paints a much different picture and her family does not believe that she committed suicide.

In fact it has been reported that after Brendan’s suicide, someone pushed the federal monitor and the compliance director to investigate and examine everything further so as to ensure that Brendan’s wife did in fact commit suicide and that the police were not guilty of some sort of cover up.

A US district Judge was notified by Compliance director Robert Warshaw that he found irregularities and potential violations with regards to an old negotiation settlement agreement that the Oakland police were supposed to have been following because of an entirely different case involving the department. He discovered this while he was investigating the death of Brendan’s wife.

This sex scandal however, it goes from the top brass, down the through the ranks of the Oakland Police department.

When a Federal Judge ordered that the internal investigation be taken over by the Federal Monitor on 3/23/16, one could see a huge difference in how things were being handled.

It was at that point that officers were being walked out of the building. Several suspensions have occurred and a couple of resignations came about.

In the 6 months that Oakland handled the investigation, not a damn thing happened.

And that, is the mob mentality that the public refers to when calling out police departments as a whole. The inability to be accountable, hold your fellow officer accountable and do something when something needs to be done. The cops who are breaking the law both on and off duty while the department ignores it, well it’s never a good thing to be doing in this day and age…

While police departments don’t much care for federal oversight, it is a necessary evil at times. Sometimes, the cop mentality runs through the entire department and it can truly be thicker than blood and water.

All cops see each other as family, like the rest of us might, we would do anything to protect our own.

They live it, breath it and are it.

And in the case of this young woman, multiple cops from several agencies exploited her, they acted in inappropriate ways, they became predictors, they became the very thing they spend every day at work trying to get off of the streets.

Together, many covered it up by ignoring it, not investigating it and kicking it under a carpet of lies and deceit.

The error most often made:

Whatever you choose to call it, it is unfortunately, virtually impossible to be factual because one critical factor still remains, they are human beings and human nature after all, is so very predictable.

It cannot be changed, no matter who you are or what your profession is.

The mental trauma is overwhelming for them which can bring about even worse behavior, breaking the law, lying, cheating, murder and of course suicide.

They will go to incredible lengths to break that fall. Which they can’t, because it is always inevitable.

Whenever we look back at cases where good cops fell from grace so publicly, you can always see them when they begin to slip and it all starts with a lie, something they have done and the lie they tried to tell in an effort to cover it up.

In the case of officer Brendan O’Brien, his fall began when he started his affair with a 17 year old girl, he began to spiral with the death of his wife and it ended when he put a gun to his head and pulled the trigger.