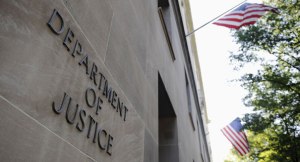 Is that the answer we need?

Some are asking for it, some say we don’t need and somewhere in the middle of the argument is the DOJ.

It is not as easy or timely as one might think. We live in an age where we want instant gratification and when we sit back and look at cases of police misconduct we tend to become frustrated that the process is taking too long.

In the wake of officer Brendan O’Brien’s suicide, the Oakland, CA Police Bureau has been rocked by a scandal involving Brendan and several of its officers as well as neighboring police agencies.

Oakland by the way is currently and has been under a consent to decree for 13 years which is costly, but it imposes court oversight of reforms. Oakland was once considered one of the most corrupt police departments in the country.

The city of Oakland, CA has spent more than $13 million to pay for officer monitoring, equipment like body cameras, court fee’s, auditors and training.

Yes you read that right the city paid for it, meaning it was paid for by taxpayer dollars.

It works and then it doesn’t work as Oakland has shown us with it’s most recent scandal. While policing in the city has improved, for instance use of force has dropped significantly, clearly sexual misconduct somehow slipped through the cracks. Still however, according to some the reforms flopped.

According to the Guardian as I type this 586 individuals have been shot and killed by police in 2016 in the United States. Not all of them are black.

Some of the people asking for help would describe the police in Chicago as ruthless killers, mobsters and predators.

Yet when we look at Chicago as a whole, it is riddled with crime that seems to run out of control at times. In some cases it is easy to understand why the police might overreact and shoot someone, however when you hear stories like Theodore Daffin’s you wonder.

Theodore’s run in with police left him with a deep scar in the shape of a vagina that was cut into his belly, by police.

Other stories reveal that people were shot and killed simply for opening the door to police.

But investigations like these that are conducted by the DOJ could take months if not years to conclude, then if the DOJ has enough evidence to prove systematic civil rights violations to take the Chicago Police Department to court, well it would take even more time in terms of years before anyone saw any type of reform within the police department.

Again, it would be costly as well.

So that begs the question, should the DOJ enact national police reforms which would affect all of our nation’s police departments?

IF you said yes, riddle me this, is the DOJ even capable of doing that?

Right now it takes years just for the DOJ to do it’s job and that is simply just not good enough.

The other part of that when I look at places like Chicago, I have to stop and wonder, why did it take the DOJ this long to get involved? Seeing over 100 people who managed to travel in sweltering heat to show up and tell stories of abuse at the hands of Chicago police, it amazes me that this has gone on so long.

Then, I wonder why they weren’t heard before Tuesday. Why did it take so long for anyone to hear these people?

Then we have departments that seem to be able to walk on water, they may not always be able to solve the case but they try, they are not abusing criminals or law abiding citizens.

One place to start would be getting the DOJ involved sooner. The big question is, does the DOJ have the staff or time to handle getting on board sooner rather than waiting until over 100 people show up after years of systematic abuse at the hands of a police department?

Another really good place to start, begin isolating departments that tend to show racial bias more than other departments, which is really quite simple when it comes down to it.

Besides, most legal experts agree that a national reform plan is highly unlikely because it would have no political will.

One thing a lot of people may not know or understand is that a large part of the DOJ’s budget goes to the War on Drugs through the Bureau of Prisons and the FBI. That means only a small fraction of it goes to investigations of police misconduct.

Changing the budget for the DOJ requires action from Congress to re-appropriate funds. Congress isn’t doing a lot in terms of action right now in case anyone hasn’t noticed.

Some would argue that the bigger issues are:

Politics, in that our nation’s politics do not have a strong enough commitment to its public as of today. And we unfortunately need them in order to make changes with things like police reform.

And the biggest issue of all, many would argue is that large amounts of money designated to fight the war on drugs have allowed police departments to militarize and become more aggressive in their approach.

Ahh but another solution does exist and it’s one that a lot of people are eyeing as a possible solution .

Here is a small break down of what some of that looks like:

The DOJ says that in 2015 the Chicago police department received over $3.1 million just to hire 25 new officers.

The Chicago police department has received at least, a cool $5 million in grants from 2007-2013.

No one likes to talk about it but the threat to take that kind of money away from police departments might just help resolve a lot of issues with police misconduct.

That would certainly entice Chicago to clean up much faster than the DOJ’s ongoing investigation will.

In Oakland even with the consent to decree, the department was able to keep its internal investigation of sexual misconduct from the court ordered auditor for months.  I wrote about it before if you missed it.

By withholding Federal funds from police agencies and departments rife with problems, it would bring about the much needed change many are calling for in certain communities.

Taking that money or the possibility of the ability to even qualify for a grant would hurt police departments and it would in turn force them to act much more quickly to reform than the DOJ’s investigation and possible outcome.

In order to do even that however, well we’d need politics, and right now the political will to change things is pretty much stalled out somewhere.

Maybe someone playing Pokémon Go can manage to find our political leaders political will somewhere along the way???

Our answer is that we need our nation’s political leaders to find the political will it needs to make the right kinds of changes instead of just play around and not give a shit.

We can go about this the long way or the short way. It’s taking money away from departments who are problems or letting the DOJ have years to investigate then wait even more years and years to see change.

As much as I hate to admit this again, but this is yet another reason voters are swinging towards Trump. In business if you don’t take swift action it can be costly, business leaders don’t wait they act.

Political leaders, they tend not to act quickly enough. They have the wait and see approach when instead they should be reciting “Founded on the Principles of Right,” until it sinks in and they get it.

Sadly, this is another time where we have to ask our leaders if they are even listening and then hearing us?