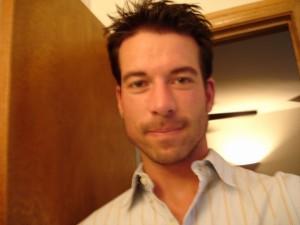 He had a degree in microbiology and had been attending Ohio State University’s College of Medicine.

After having dinner with his father, Brian went out with friends March 31, 2006 in celebration of spring break. At some point he became separated from his friends who upon discovering this figured he had just gone home.

Brian was meeting William “Clint” Florence, at the Ugly Tuna Saloona, in the South Campus Gateway complex on High Street. He at some point in the evening called Alexis Waggoner, a fellow medical student whom he had fallen in love with. Alexis was in Toledo visiting her family.

Brian and Clint decided to go bar hopping and made their way down the Arena District and at each stop they each had one shot together.

The two men met Meredith Reed, who was a friend of Clint’s, sometime shortly after midnight in The Short North. Meredith eventually gave them a ride back to the Ugly Tuna Saloona. The three enjoyed a last round together.

Security cameras recorded him talking with a woman near the entrance of a bar, then showed him going into the bar around 1am on April 1st. He was never seen again, not even on the security surveillance.

Which many think is pretty incredible considering the fact that the bar had no other public entrances he could could have exited from willingly.

Meredith and Clint looked for Brian when they realized they had become separated but had to leave the bar and the area at 2AM. They tried to call his cell phone several times and were met with no answer so they figured he had gone home without telling them.

Brian’s father Randy had tried to call him several times throughout the weekend as did his girlfriend Alexis.

Brian was supposed to have boarded a plane to meet Alexis the Monday following that weekend, he never made it to the plane.

The area where the Ugly Tuna was, had been known for having somewhat of a higher crime rate. The police early on theorized since they did not see Brian leaving the bar, that Brian could have changed clothes and put on a hat, kept his head low and left the bar so they would have missed him on the surveillance video.

The investigators also realized that he may not have been recorded leaving the bar having taken a route that would put him out of view of the cameras or that he could have left by way of a service entrance.

The service entrance at the time, opened it’s door to a construction site which police say would have been difficult to maneuver through sober.

At the time of Brian’s disappearance police discovered his car was still at his home, nothing but Brian, the clothes he had been wearing, his wallet and his phone were missing.

Brian’s mother had recently died from cancer, some thought that perhaps he left on his own so that he could come to terms with her death. The problem was that he never returned so even that theory was eventually shot down.

The Smiley face murder theory was created by two two retired New York City detectives, Kevin Gannon and Anthony Duarte. The theory is, that a number of young men who had been found dead in water across the midwest over the last decade, were in fact victims of a serial killer or killers rather than accidental drownings as many of the cases had been ruled.

The reason behind the theory is that the police had discovered graffiti depicting a smiley face near locations where they think the killer dumped the bodies in at least a dozen of the cases.

This theory is not widely accepted through law enforcement.

At any rate, if Brian has been a victim of such a serial killer, he would have been the only victim whose body had not been discovered making that a highly unlikely scenario.

Brian’s father Randy also enlisted the help of a psychic who told him that Brian’s body was in a body of water.

Brian’s friend Clint had become a suspect if for no other reason other than the fact that he had been difficult with investigators, even to the point that he refused to take a lie detector test therefore casting doubt on his story.

Randy,, Brian’s dad died in an unfortunate accident in September of 2008. After his death Clint’s attorney Neil Rosenberg wrote to private investigator Don Corbett who had volunteered time to Brian’s family in the effort to find Brian. According to Neil, Don eluded to the idea that investigators believed that Brian were still alive and had vanished of his own accord.

Many believe that Clint knows more than he has admitted to and that he is hiding that information from investigators and Brian’s family. Cline has maintained that he knows nothing about where Brian might be.

According to Clint’s attorney who was interviewed by Ohio State’s student newspaper, “If Brian is alive, which is what I’m led to believe after speaking with the detective involved, then it is Brian, and not Clint who is causing his family pain and hardship, Brian should come forward and end this.” He went on to say that Clint had told investigators everything he knew and was hiding nothing.

Through the years tips have surfaced claiming that Brian is alive in Colorado, Michigan, the Virgin Islands, all of which were proven untrue.

Did he just decide to leave everything and everyone on his own and start a new life somewhere?

That theory is probable, he was heading into spring break and right before that had taken his finals. He spent many sleepless nights studying. The pressure to pass his exams could have gotten the better of him, the pressure of medical school could have as well for that matter.

His mother had also recently passed away and he could have been having issues with that too. He was described as a good student, a responsible young man so many had a hard time believing that he would just up and leave. He also didn’t take anything so as to help him start life anew somewhere. For him to have decided just to leave and leave everything behind, he would have had to have help.

Some believe that he met with foul play, the neighborhood the bar was in, was not well known for it’s safety. It is possible that he happened across another crime or been a victim of a robbery gone wrong, the lack of a body doesn’t mean that he is alive and well somewhere.

Then we have Clint who many suspect was somehow involved with or who knows about Brian’s disappearance.

The investigators did search the water extensively but unless you drain it, you may not find a body for a great many years.

The investigators in this case did all that they could, they left no rock un-turned and sometimes cases like Brian’s aren’t solvable because they can’t find evidence that would indicate one way or another if it was murder, suicide or accidental.

In Brian’s case my gut says he died accidentally and his body ended up in the Scioto river. Just because his body never surfaced doesn’t mean that he is alive and well somewhere. Sometimes a body that has found death in the water doesn’t surface for a great many years if at all.