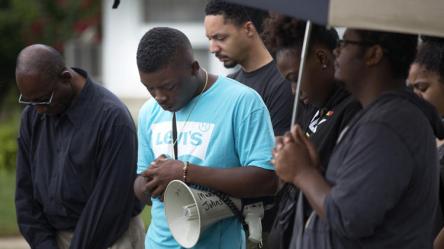 Chicago, where the killing never stops

On 8/15/16 – 7 activists joined together in an effort to protest the murder of innocent 19 year old Arshell Dennis, son of a Chicago police officer.

A young African American man who had a promising future, he had everything to live for and did nothing that warranted his murder on this past Sunday in Chicago.

He came home for a few days to surprise his sick mother for her birthday. It’s been reported by local media that at the news of her son’s death, her screams could be heard echoing down the block. 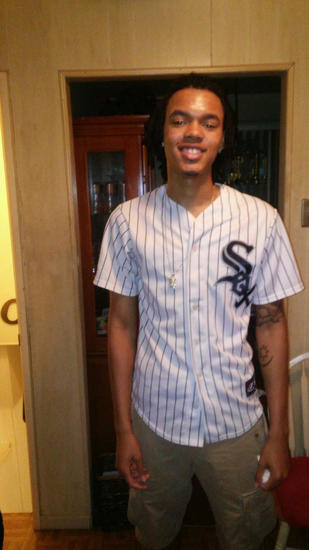 While this made the news all over, what didn’t make the news was the protest, except for local media outlets in Chicago, large networks failed to cover the story endlessly and with as much drama and gusto as they do when they cover a protest that involved a police officer shooting someone, moreover a white police officer who has shot an African American. Which shows just how  those networks truly practice in the art of fair and unbiased reporting.

I believe it is very much worth our attention because the 7 activists that gathered are activists who also protest police misconduct and brutality. Guess that’s what made it less of a newsworthy story to the more major national media outlets. 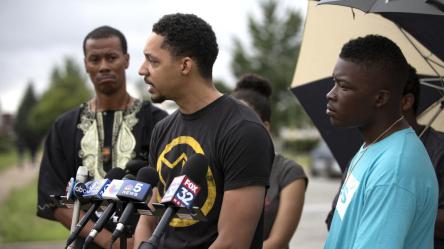 According to activist activist Ja’Mal Green “This young man was taken supposedly by our own, and we’re going to stand up for Arshell, we want this killer to be brought in so that we can have justice, because Arshell didn’t deserve this. Nineteen years old. Nineteen.”

Ja’Mal was arrested last month by the way, during a protest about recent police shootings, he was charged with hitting an officer.

Ja’Mal and the other 6 protesters get it, they truly get that all black lives matter, regardless of who pulled the trigger.

The activists met at the corner of where Arshell was murdered on Sunday morning. Arshell was heading back to college at St. Johns University in New York where he was in his junior year studying journalism.

A gunman approached Arshell and his friend as they sat on the front porch of a residence and opened fire, police officials said. The friend, who is 20, was shot in the arm and side.

On Monday, the activists expressed their support for the family of Arshell, and told reporters that they condemn violence against police officers and their families.

Michael Davis, the local block club president and member of the Wrightwood Improvement Association told local reporters “We want to let people know that this is not the new normal. That our community is not taking this lying down.”

He went on to say “In the wake of what’s going on today in Minneapolis and other cities where we see police shootings and riots, we want people to know that we protest peacefully, for both situations that involve police and that involve criminals. It doesn’t matter to us which.”

The Black Lives Matter Movement as a whole should be standing in solidarity with these 7 individuals who not only protest what they feel is police bias and brutality against black Americans, but also the murder, shooting and brutality by their own against each other.

The number of shootings in Chicago went up this week from last week by the way, we are sitting at 2,677 shootings for the year. 121 people have been shot in Chicago within the last 8 days.

Stand together against against the 2,677 people who have been shot in Chicago this year most of which were shot by their own or the White Supremacist who on Tuesday night, thought that it would a good idea to stab a black man in Olympia, Washington in some crusade against Black Lives Matter to avenge police…

So although these 7 individuals did not gain national, non-stop media coverage for their efforts.. I paid attention and I applaud these 7 individuals who are leading by example by not only protesting what they consider police bias and brutality but, also protesting the killing of an innocent young African American Man by one of his own.