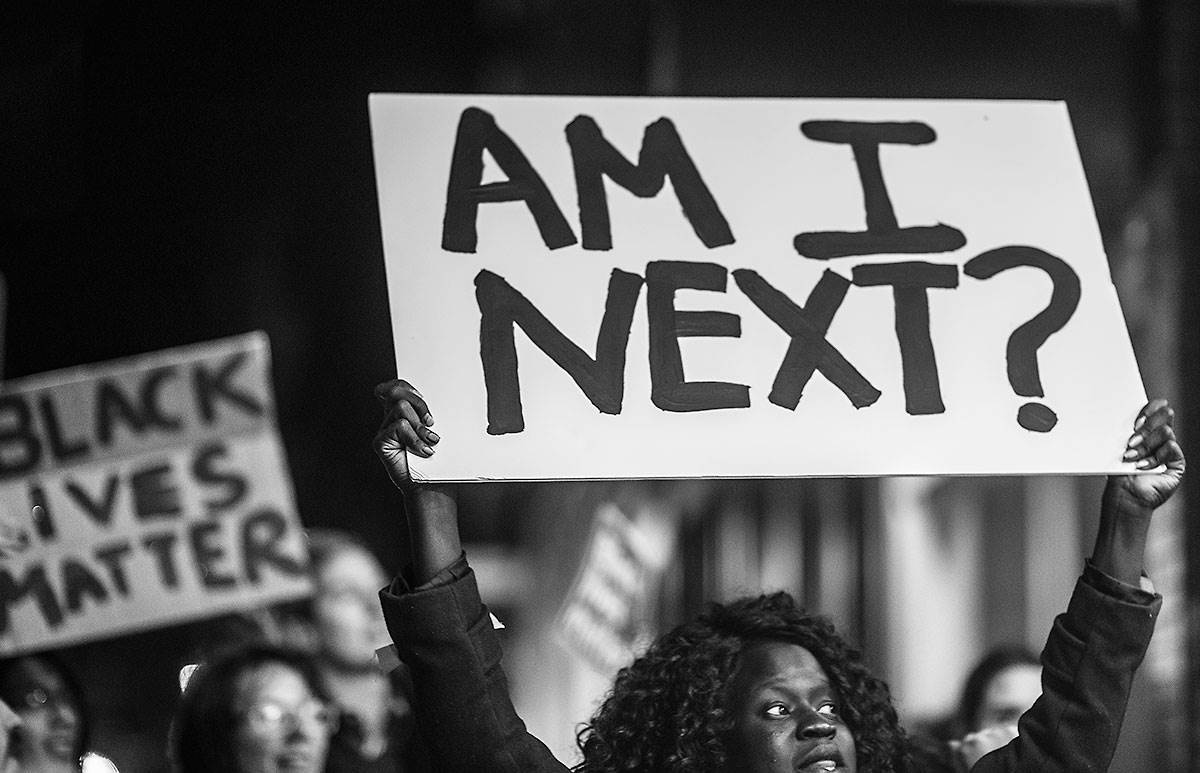 Young white American adults support The Black Lives Matter Movement and because of that, the movement is growing a recent poll showed.

Some of you may scoff at that and think that it simply does not matter, or that it’s a fad and will pass as all fads do..the fact is, it does matter as confusing at may seem.

According to the poll that was conducted by GenForward, 51% of young white adults that are between 18-30 said they strongly or somewhat support The Black Lives Matter Movement.

That said, most young whites also tend to believe that the movement does in fact encourage violence against police while the young black Americans who support the movement disagree with that…

Here’s what it boils down to, many Americans not just the youth feel that police do in fact target black’s more often than not and cover for each other when things were not conducted let’s say, exactly by the book.

While conducting the poll, many that participated did feel rather strongly that the recent police shootings were part of a bigger problem with police in this country, that the shootings are part of a patterned behavior police have towards anyone who isn’t a cop.

What many see on TV with regards to police targeting of young Black American’s is truly just a handful of incidents when compared to the number of police departments and police in this country.

Bias does exist however, yet it does also depend on where you are. Police in communities that are predominantly African American do tend to have some degree of bias because the criminals they typically encounter are from the very communities they police.

Police have also been known to be bias when dealing with poor white Americans as well. If you are dirty and appear to be poor and just hanging out, you are more likely to have a run in with a cop.

The perceived problem with police is exactly that, it is a perceived problem. It does not exist in every state, in every city or community in this country. The truth about every news story you see is that you truly do only get one side of it and it’s usually the side that will sell the most advertising.

It doesn’t make it the full truth of the matter.

In fact, the media has done a rather fine job of making cops look like a militant group of guerrillas waiting to wage war on us, when that really isn’t what police want to look like not to mention the vast majority are not like that at all.

Does something need to be done with police and departments that are running wild? Yes absolutely. When police are caught targeting more blacks than whites in communities that are pretty evenly mixed, then we need to address that and put an end to that.

Still the same, making it sound like all police and all police departments are a problem, that is not exactly honest, let alone the truth.

Part of the reason police are given things like tanks and are outfitted with things that are from the military is because they are our front line when shit goes down in this country like Mass Shootings and Bombings.

Love them or hate them, they are here to protect and serve and to ensure that we abide by the laws of our country.

The police don’t make the laws, they take an oath to enforce them

I am not so sure that I believe that police are entirely the reason movements like Black Lives Matter and their supporters are unhappy.

Overall Angst plays a large role in all of the unhappiness.

In today’s world of policing that is exactly what is happening.

Bias, oppression, abuse and discrimination all happen to many individuals regardless of race, everywhere, at shops, restaurants, gas stations, everywhere.

Women encounter oppression and targeted bias, abusive behaviors regardless of race, as do the poor, anyone who is LGBTQ, handicapped, anyone suffering a mental or physical illness, even the way you dress or the color of your hair can make one a target for targeted bias and oppressive, abusive behavior.

You do not have to be black to experience it. Yet this is one of the many reasons people are beginning to get on board with The Black Lives Matter Movement.

The movement means something to people who are tired of being treated with bias because of who they are on all fronts. Black Lives Matter helped shape Campaign Zero and speaks volumes to young impressionable minds, because campaign zero, didn’t make it’s list of demands an entirely black or white thing.

They made is more of a this makes sense to end type of thing.

It’s called conquering, you win one battle then you move on to the next.

The movement has potential and people are starting to see that and until our Government can find a bridge for the gap, they stand to be on the losing end because it is only a small matter of time before the citizens realize that asking for the DOJ’s help ended up costing them millions.