He used murder to fill the void

Cary Stayner had a seemingly normal childhood until the age of 11, when in 1972 his younger brother Steven was kidnapped and held by child molester Kenneth Parnell.

Steven escaped his captor in 1980 and was reunited with his family. Cary stated that he often times felt neglected by his parents while they grieved for his younger brother.

He must have felt more than just neglected when his younger brother returned to the family and the home in 1980.

His younger brothers ordeal brought national attention to his brother and parents. Both a book and made for TV movie were released based off of Steven’s kidnapping both named “I know my first name is Steven.”

Steven died in 1989, in a motorcycle accident. Cary’s uncle whom he was living with was murdered the following year, Cary claimed that his uncle molested him, the claim was unfounded of course.

Cary went on to become so much more than his little brother ever was. At least in his mind.

Originally according to Cary, his plan was to kill his girlfriend and her daughters, but when he lost his nerve, he targeted strangers and tourists who were staying at a motel where he lived and worked just outside of Yosemite National Park, the Cedar Lodge.

In February of 1999, he found his first victims, they were 42-year-old Carole Sund, her 15-year-old daughter, Juli, and 16-year-old Argentinian exchange student Silvina Pelosso. He described the torture and murders in chilling detail.

He states that the week prior to the murders, the fantasies and idea’s to murder had become so intense that he prepared a murder/rape kit containing a rope, a roll of duct tape and a serrated kitchen knife, a gun and camera.

Cary had to feed the need, it became too much to hold down. So he focused his desires on Carole and the girls. He gained entry into the motel room they were staying in by posing as a maintenance man.

He pulled out the gun, he would later inform Juli that the gun was not loaded, he then bound and gagged the three on the room’s two beds.

He took Carole Sund into the bathroom, strangled her, then he put her in the trunk of Carole’s rental car.

He spent hours sexually torturing the two girls. He was upset that they would not cooperate with him as he attempted to force them to perform sexual acts on each other. He also became upset at his inability to get and keep an erection.

In all he tortured both for between 6-7 hours before he took Silvina into the bathroom, where he strangled her. He then took Silvina’s lifeless body out to the car where he placed her in the trunk.

After sexually assaulting Juli Sund, he took her to a point near Lake Don Pedro where he slashed her throat and threw her off the roadside.

Cary then burned the car so as to hide evidence of the bodies he had in the car, Carole and Silvina were still in the car.

He played games with investigators and the FBI as well. In a letter with a map leading them to Juli’s body, one line from the note read “We had fun with this one.”

He also ditched Carole’s wallet approximately 80 miles from the motel where he committed the murders in an effort to further confuse investigators.

Things went quiet for a time until July of 1999 when he says that the urge to kill overtook him once again. This time his attention was drawn to Joie Armstrong, a 26-year-old naturalist who worked at the Yosemite Institute and who happened to be alone in the isolated cabin where she lived.

His desire so overtook him that he ended up decapitating Joie.

During the first investigation, investigators did not consider Cary a suspect in the crimes because he had no criminal history, he was calm during the interviews and did not seem to fit the mold in terms of a murderous monster.

It was not until the Joie’s headless body was found that investigators would focus more closely on Cary because eyewitnesses said they saw a blue 1979 International Scout parked outside the cabin where Joie was staying.

Detectives traced the vehicle to its owner, one Cary Stayner. FBI agents John Boles and Jeff Rinek found Cary staying at Laguna del Sol nudist resort in Wilton, where he was arrested.

Forensics found that his vehicle had evidence linking him to Joie Armstrong.

Cary confessed to the 4 murders as well as to sending the map for finding Juli Sund’s body.

Cary In 2002, was sentenced to death and is currently housed at San Quentin Penitentiary in California where he remains on death row

It was during his interview where he mentioned to investigators that he had fantasized about murder and rape since the tender age of 7.

Which left many wondering how true that really was.

Cary was 11 when his brother was taken, prior to that he seemed to have been a well adjusted happy child. 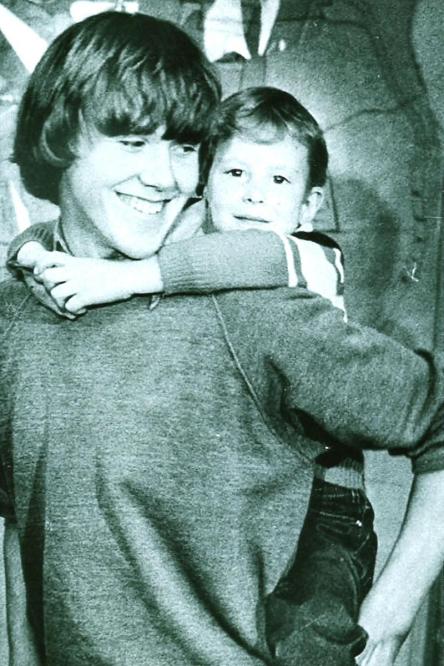 Were the murders his way of gaining the attention that he so badly sought from his parents during the years his brother was being held?

Did the murders also serve to gain the attention his brother received after returning home?

How do you top being kidnapped and held for over 7 years? Then to further add fuel to Cary’s fire, his brother died a rather untimely young death in an accident.

Maybe in Cary’s mind the only way to top that was to become the monster, perhaps Cary felt more drawn to the likes of Kenneth Parnell after his brother returned home, than to who he once was.

Perhaps the idea of murder was less of a hunger and more of a way to seek out the attention he failed to receive from those he loved and trusted most all of his life.

He lost his brother and with that so too, did he lose his loving parents along with the rest of his childhood.