Is your networked device secure?

Cybercriminals just strolled past 2016 and took us right into the future.

So what is the internet of things?

Small, networked devices, everyday objects that have network connectivity, allowing them to send and receive data.

They also happen to be wide open to intrusion which makes them so easy for cybercriminals to access, unleash malware on and lay in wait.

And we’ve been warned about this for quite some time.

We are used to seeing large scale DDoS attacks where one pc controls several pc’s worldwide, creating a botnet and releasing DDoS attacks. 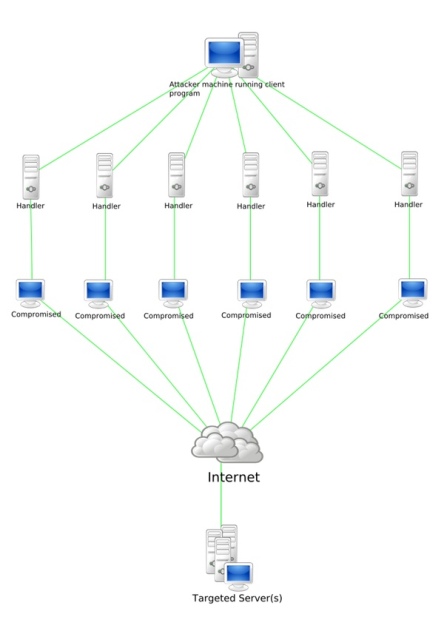 They are very effective and very difficult to trace back to the original source no doubt.

Very recently however it was discovered that a rather large scale DDoS attack was utilizing well, the internet of things in an effort to attack a victim.

That victim as it turned out happened to be one of the world’s most respected and knowledgeable investigators of cybercrime.

Brian Krebs, former Washington Post reporter turned cybercrime investigator recently encountered a DDoS attack unlike any other ever seen before.

Last Tuesday, his site was attacked using DDoS, what made the attack so unusual was that the size of the attack was so big that Akamia Technologies, a cloud based content delivery network, actually told Brian that they could no longer carry his blog because the attack was affecting many other customers.

Akamia for the record handles it’s been said something like 20%-30% of all internet traffic by the way.

The other reason that the attack was so unusual and this is important, is because it was later discovered that many of the devices that were used to attack Brian’s site and bring it down were coming from hijacked camera’s, networked TV’s, routers etc.

Not just PC’s like we’ve seen in the past.

Brian actually had to have Akamia redirect any tratffic for krebsonsecurity.com into the equivalent of a virtual black hole and that meant that his site vanished into thin air. Not to worry however because his site is back up and running.

This does however teach a powerful lesson in terms of giving more thought to the internet of things and how we manage security on devices that are networked outside of phones and PC’s.

So many devices are now networked these days…

So, when was the last time any of you checked to make sure that your networked TV, router, coffee maker, refrigerator, etc was secure and malware free?