Whether you stayed up, drug yourself from a deep slumber in the wee hours or simply waited to catch the AM news as you started your day eager to hear this big huge reveal that promised to shake things up from WikiLeaks…well you might have found yourself thoroughly disappointed upon learning that the WikiLeaks big reveal was just it’s happy 10th anniversary to itself. 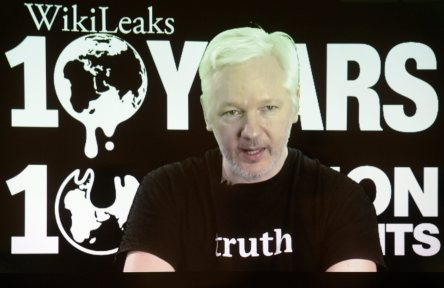 As it turned out all that WikiLeaks announced was it’s 10th anniversary. 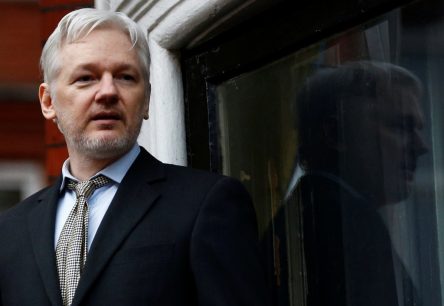 To be fair, Julian Assange never really came out and said one way or another if the big October announcement was in fact for sure going to have anything with anything other than WikiLeaks.

In looking back at Twitter, many of the tweets leading up to the big 10/4 announcement never really did say that the announcement had anything to do with specifically Hillary Clinton.

More like, that story was over inflated and perpetuated by the news media along with social media.

It certainly did leave a lot of folks anticipating and waiting for anything that might end Hillary Clinton’s bid for the U.S. presidency.

In the aftermath of the lack of anything significant being revealed by WikiLeaks, rumors have been flying around all day.

My personal favorite and one of the biggest was that Julian Assange fears extradition or worse death if he were to reveal anything that might shake up the race for the next President of the United States.

Quite frankly, I found that notion absurd to be honest. Realistically, the U.S. wants everyone to think that we keep being hacked by state sponsored hackers. Those hackers are sponsored from either China or Russia or maybe both right?

If Julian Assange had much of anything that might damage or swing the presidential race I would think that China, Russia or both would be tripping over themselves to swing the man one hell of an asylum deal.

That does make the most sense because we have a president on the way out the door and a congress not enthusiastic about making any major decisions right now.

So it’s not like any country granting Julian Assange asylum would have much to fear from the US in the way of sanctions or war.

Worst case scenario is they try to the public shame game again, which is really working out well judging from the continued political hacks and attempts to hack the polls…

Perhaps the truth is that the hype however was just a big publicity stunt to garner attention to the WikiLeaks 10th anniversary after all.

We simply got punk’d

Update: Support Wikileaks by buying this song from http://www.cdbaby.com/cd/wikileaksbea….

Official Music Video for the song We Want the Truth by Isaac Sloan. http://www.isaacsloan.com