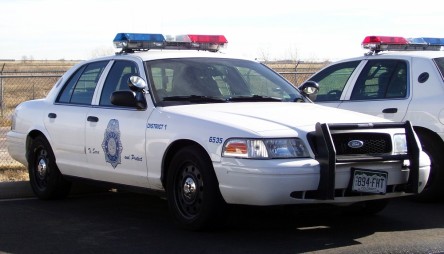 The Colorado ACLU is now questioning the Denver, Colorado Police department over its use of Geofeedia software. And in case you were not aware, the Denver Police Department has been using Geofeedia to monitor activities in the city, more specifically what residents are saying on social medial.

The ACLU seems to feel that the police may be violating a 2003 agreement over how and when the department monitors city residents’ activities so naturally they are requesting to know who is is using it, what search terms they are using, when and why.

You know to make sure the police are following proper protocol when they use it.

According to Mark Silverstein, legal director of the ACLU, “There’s a risk if we know the police department is watching and listening to tweets and posts on certain subjects, people may be afraid to say something for instance, I’m not going to say something about a police shooting because the police might put me in a file. The issue is it has a chilling effect on our First Amendment rights.”

Well Mark, I believe the police are not going to put someone on file that isn’t advocating violence against police. If you are all for police getting shot and killed and support and advocate it, entice people to go through with thoughts or idea’s with regards to harming police, then you deserve to be in a file…

At some point we all need to realize that fine line between what we say and support openly and publicly isn’t always a protected right nor should it be.

The concern the ACLU has concerns a 14 year old issue that Denver had that was once dubbed “spy-files.” 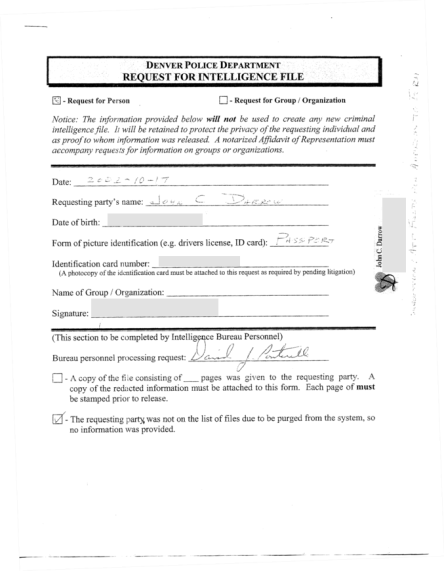 So the story goes like this, back in 2002, the ACLU sued the Denver Police Department over intelligence files that it kept on its residents.

The lawsuit claimed that the police department spied on people who were exercising their First Amendment rights by attending community meetings and protests even though many of the individuals as it later turned out, never made any specific threats or acted in any way violently so as to cause or inflict harm to others.

That was then and this is now. One of the first things I hear from people who have lived through a mass shooting where the shooter made threats through social media, is why didn’t the police see the posts and stop it. Or is it the job of the public to see them and report them.

Again, it’s a fine and delicate line that we walk on these days, what’s more is that, when posting on social media, yes we all do have a right to freedom of speech but is it really that out of line for police to have the ability to view it openly with or without software?

It is the same as being on stage. It does not fall under the idea of someone getting off of his or her couch and attending a protest.

Speaking on social media is making the choice to take it public, the police didn’t technically have to pry the details out of someone or send in secret spies to find it out.

What the police shouldn’t do however is keep a file on the individual if they are not leaning towards any radical thinking such as supporting, enticing or suggesting acts of violence against police or anyone for that matter.

Hate speech is hate speech and believe it or not, it sometimes has consequences including unintended ones.

Police should be allowed to see whatever whenever they wish, just not allowed to keep files on people who pose no credible threats.

Part of being an adult is realizing that sometimes we do need to be careful of what we say, where we say it and to whom we are saying it to, social media provides a very large audience, you never know who just might be listening.

We have no legal right to protections under freedom of speech if what we are saying suggests an act which would cause harm to another. Cop or otherwise.