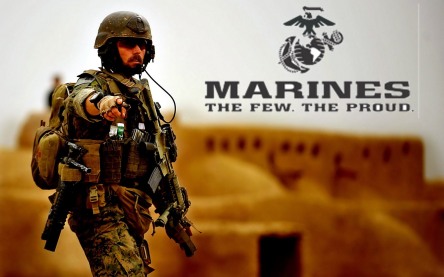 James had discovered that military planes were being ordered to fly to El Toro in the middle of the night, the story was the planes were transporting weapons.

Naturally, James expressed concern to his superiors, one Commander Thomas Adams and one Chief of Staff Joseph Underwood. It’s been said that they told him that these planes were transporting weapons to South America in exchange for drugs.

James wasn’t too keen to to the idea that guns were being traded for drugs so he called General J.K. Davis, his retired former general, who then called Washington, and a team was sent out to San Diego to stop the drug trafficking.

Oddly, the very next day, James Sabow received an unusual phone call and was subsequently found dead in his garden roughly 1 hour later, having been shot in the mouth.

Officially his death was ruled a suicide, which has not stopped an onslaught of theories from boiling up to the surface.

One of the biggest rumors is said to be that if anyone gets too close to learning the truth, well the military puts a stop to it by threats from the US military or so the rumor goes.

James Sabow’s brother never thought that his brother had committed suicide so he set up his own investigation.

According to that investigation, there was a suspicious lack of blood around and near where the body of James Sabow was found.

Independent autopsies eventually revealed that James received a blow to the head from a blunt object that damaged his skull and rendered him unconscious before he was shot.

In 2012, someone discovered that the official autopsy photos that had been taken had been tampered with so as to hide marks on his body that would suggest that he was beaten up before he was shot.

The word people like to use is that he was “suicided” which means that he was murdered in such a way that one could easily make it look as if he committed suicide.

But the question in all reality is simple, how could James Sabow who was pretty high in command not known about the flights, the drugs, the guns?

I am certain without a doubt what so ever that James in fact did know about them, he knew precisely what was going on. It doesn’t matter that he may not have liked it, the fact is that he did know about it.

Now, if that is the case as I believe it to be, the only reason anyone would want to murder him is because he wanted more out of the deal than he was already getting. Cash presumably.

The only thing that would have made James stop and call his retired general was that he feared being found out, he knew he was involved and he also made the threat leaving one to believe that he had hoped to gain something through it.

Anyone in any branch of the military knows, you don’t rat out your own unless you can safely do so and if you are without any doubt whatsoever sure that you are doing the right thing, i.e. not involved in whatever it is you are threatening to report.

You most certainly would not threaten to do it, ever.

James could have very likely been murdered he had knowledge of the guns for drugs flights after all, however it is more likely that, the strange call he had received was one to inform him of further charges or one that informed him of his being discovered as, at the very least culpable.

Something a high ranking officer of the Marines would have been so shamed for, that he would have in fact put a gun into his mouth and pulled the very trigger.

At the end of the day, the trade off with having a military that is charged for protecting its nation is that they handle things that happen on the inside, the military way.