US Border Agents on Cartel Payroll

Last week the election overshadowed reports from a Mexican newspaper by a cartel member that stated that US Border Agents are on his payroll. In fact, he recruits them.

A mid-level cartel boss in La Línea reported to El Universal that US Border agents are bought left and right.

This translates to the cartels being able to move product with the cooperation of US Border Agents.

The cartel boss reportedly told the newspaper basically the loads of goods such as drugs will be arranged in a car that the agents are informed about prior to the car heading up through the checkpoint. The Agents are told what type and what color the vehicle is.

At the checkpoint they receive an envelope with hard cold cash in it as incentive so to speak, to allow for the car to pass through…which they then allow through.

It has been said that it would prove difficult to prove and verify just how many agents are owned by the cartels. Numerous investigations and convictions however have been handed down the last several years. 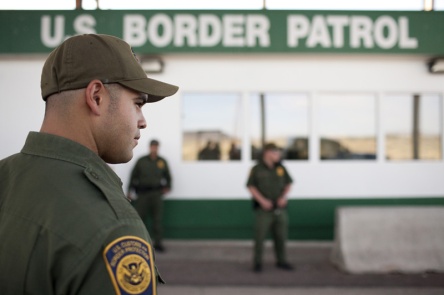 So yes that shows that US Border agents are being recruited into the folds, of the Mexican Cartels, our ability to catch them…well it leaves a lot to be desired.

A study that was conducted by The Center for Investigative Reporting documented the majority of the corruption investigations against US border officers were around 153 cases, most of which involved US Customs and Border Protection.

Unfortunately, these guys are trained to catch criminals so it might be difficult to catch them once they cross that fine line between law enforcement and becoming a criminal. Even more worrisome is, it may not just be drugs they are helping to smuggle in.

This year the fed’s identified the Texas-Mexico border area as a focal point for corruption but the reality is, it really is not the only border having issues.

What’s more is that the incidents for this year and last are still being tallied or investigated rather.

The good news however, NPR reported a while back that since legalization of cannabis throughout the US, agents have seen a significant drop in cannabis being smuggled into the us and…US grown cannabis is making its way south of the border.

Bit of a role reversal here.

The problem is how to fix this and reign in the agents.

Again, it would not be an easy task since the agents are trained to find things that are being smuggled in, if they choose to miss a few things at the checkpoint, choose to refrain from properly checking a vehicle, how will the agents ever be caught?

The other issue that might come up is whether or not an agent is a willing recruit.

What we do know is that it takes twice as long to even begin to investigate a corrupt agent and then prosecute the agent or any member of law enforcement for that matter, than it does a civilian, and it shouldn’t.