United States Citizens to US Media 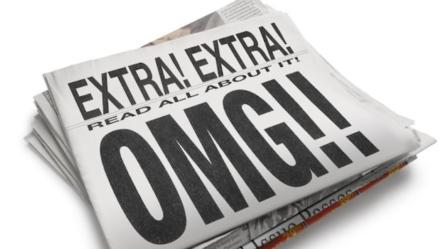 That’s a mouthful but the takeaways are pretty simple to figure out:

Mainstream media wants all of us to know that we are too stupid to spot a fake news story.

We cannot possibly make a decision unless media giants like CNN, MSNBC and Fox News guide us to the correct decision, as in electing Hillary Clinton over Donald Trump.

If you read the stories that really is the gist of the news, which is quite frankly pretty pathetic. I personally love the Huffington Post and the Washington Post, but I don’t read either so as to form an opinion or make a decision without getting a lot more details.

So, I do a lot of reading, from multiple sources before I make a decision like who I am voting for in a presidential election.

Like when I am shopping for something I am not quite sure I need or want, I read reviews from multiple sources before making a decision.

Really, why are we blaming the media or fake news media folks for Donald Trump’s winning the election anyway? It’s almost too absurd to consider except for the fact that it’s all over the news this week.

Besides on some of the big dog’s nightly news reports and articles on the web, during the presidential campaign I saw some pretty half sided and biased reporting in the favor of Hillary Clinton and a lot of anti-Trump reporting so in reality that could be considered “fake” news because it lacks all of the information and a lot of author or news anchor option instead of facts.

I see it when media outlets report on things like the BLM protests, the anti-Trump protests and every single time they cover a police shooting.

What’s more is this call to shut fake news stories out.

We live in America, not North Korea, at least we did last time I checked. We have this thing called freedom of speech here. It’s a right, a constitutional one.

We also have this neat thing called Freedom of the press which happens to be the right to circulate opinions in print without censorship by the government so, don’t ask those guys for help.

Besides you never know those guys may have reported bad info because they saw some bad intel on the internet, or they may want to be the next National Enquirer.

Since 9/11 fake news stories, documents and articles have been published to the internet stating that 9/11 was staged, it was faked by the US Government, hell you can even find all sorts of video “proof” on YouTube.

No one has made a move to shut that crap down, in fact I know people who honestly believe it, which we might think is crazy but hey, they are entitled to believe whatever the hell they want, just like I am, my neighbor is, you are…

The New York Post back in September ran a piece with a statement that read: “The media’s not even pretending to be objective…”

The Huffington Post had ran something that asked: “The Trump Victory: How Did the Media Get It So Wrong? “

The New York Times: “How Did the Media — How Did We — Get This Wrong?”

And now it appears to have shifted to: “who can we blame because americans did not vote the way WE wanted them to? They didn’t follow our bread crumbs to the finish line…”

The media got a lot wrong during the campaign, a lot. So why try to deflect blame?

We are still here, aren’t we?

Not to mention that, not only is it presumptive, it is quite insulting that mainstream media seems to feel they have the, the only right, to guide anyone to a major decision, let alone be the only one’s capable of being able to report on it or say anything about a subject.

You can’t help us when you, yourselves are biased and completely non-objective in your own reporting.

One of my friends on Facebook in response to an article from a major news source who chimed in on “Fake News on Facebook,” made one simple yet pretty eloquent comment, “Like I let CNN influence my decision making.” 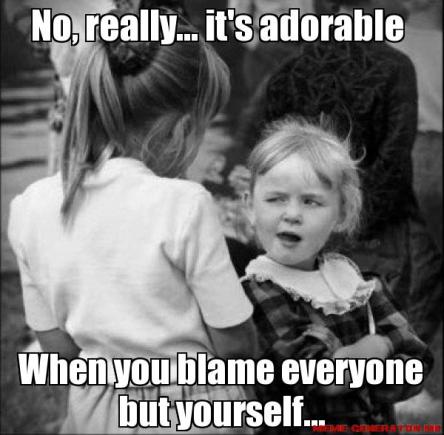 So America’s message to mainstream media trying to cast blame onto others is simple:

In short, move on.