To oversee Probe into Trump Associates and Russian Officials

In a shocking twist of fate for Trump, Robert S. Mueller III has agreed to take over the investigation as special counsel. 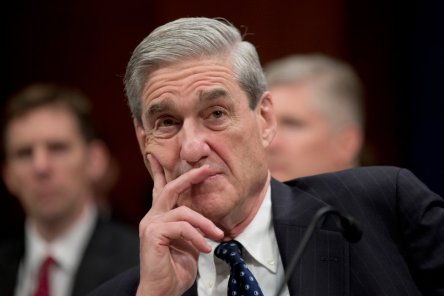 For those of you who don’t know who Robert is, Robert served as the FBI director from 2001 to 2013, the move comes from overwhelming pressure after Trump promptly fired James Comey to investigate, independently the Trump/Russia connection.

Why Trump and his dream team should be afraid?

Robert has a pretty good track record of getting to the bottom of and then handling things quite sufficiently. In fact, very sufficiently.

Of course we are all anticipating Trump’s rather disparaging tweets with regards to this move and/or the subsequent findings of Robert’s.

The worst news for Trump, he can’t fire Robert like he did James, that is the simplistic beauty of an an independent investigation.

Just a side note –

If you are trying to hack someone and email them hoping, that they will respond or follow a link, so that you can hack them, try harder next time and by try harder I mean learning how to spell would do wonders for your hacking campaign.

Just off the top, simple spelling skills would really help, as well as learning time zones.

For instance, if you are sending a 10am spam email to someone in America, you might want to double check the time zone that selected target is in.

But in the short time if you want to hack me and you really do, contact the FBI, they have already been given granted access to anything of mine via this blog.

Or ask the NSA, I am sure they could more easily assist you with your request for they already have access to everything.