Florida Prepares for The Worst

With Irma now sitting at a category 5 hurricane, Floridians are not taking any chances, stores have been sold out of water and nonperishable food since the weekend, gas stations are running low of, if not out of fuel currently, and news just broke that Wal-Mart is starting a statewide effort to restock water in it’s Florida stores before Irma is due to hit.

Who could blame Florida for being a little overly cautious? 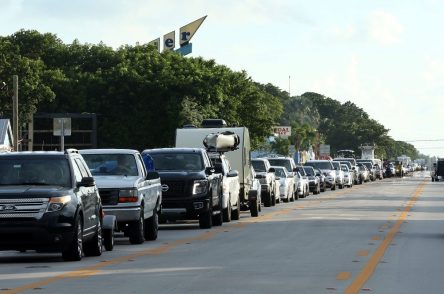 Floridians do have good reason to fear here:

Hurricane Irma was born near the Cape Verde Islands, which makes her a potentially powerful and long lasting storm, which is also difficult to predict.

Storms that are formed near the Cape Verde Islands typically end up being quite powerful because a tropical wave forming can move westward over an unusually large area of open ocean, where they face no obstacles such as land masses to slow them down.

Thus they build power over the warm ocean water.

And if you were wondering just exactly where Cape Verde is? Cape Verde is a set of islands with a population of about 500,000 off the northwest coast of Africa, near Senegal.

It’s difficult for forecasters to predict much more than 3 days out as to what a hurricane’s path will be, how big it will be and how much potential damage it will cause because, well, it’s weather and living here in Colorado, we know it can change at the drop of a dime due to many factors, so a hurricane is just as difficult to actually predict.

With a hurricane that was born near the Cape Verde Islands, all the variables that affect the path of such a fast-moving, rapidly changing storm are what make her so hard to pin down. Variables such as ocean temperatures, currents and storm activity elsewhere, make it very difficult for forecasters to figure out where that storm is going to hit 5 days ahead of time much less 3.

So while forecast models show it hitting Florida right now, no one knows yet just how powerful Irma will be by Saturday.

On another Debbie-Downer note, Florida simply is not a real good hurricane buffer for the United States.

Hurricanes draw strength from warm ocean waters and usually weaken over land, which of course denies them fuel.

However, Florida happens to have a pretty thin peninsula which unfortunately allow for storms to recharge over water again, yes again and pretty darn quickly.

Katrina, which was devastating to Louisiana in 2005, crossed Florida first.

Hurricane Donna made an abrupt right turn over Florida in 1960 before heading north to blow hurricane-force winds into the mid-Atlantic and New England.

Hurricane Andrew which hit in 1992 was the last Category 5 storm to hit Florida.

The storm went on to killed 61 people while damaging or destroying more than 125,000 homes, according to the National Oceanic and Atmospheric Administration.

According to Weather Underground, there have been 35 Category 5 storms in the Atlantic since 1924, and only three hit the U.S. while at Category 5 strength.

Currently, hurricane Irma is packing winds sustained at 185 mph, which makes her hit that category 5 mark because any storms sustaining winds of above 156 mph are considered Category 5 on the Saffir-Simpson scale. 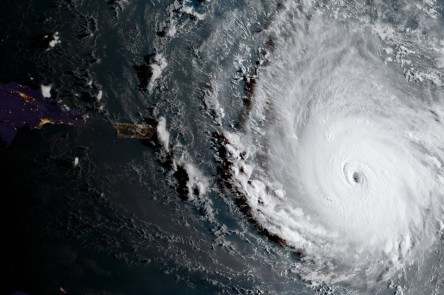 In Miami-Dade, they only have 2 roads out, yes I said that right, 2. I-95 and the Florida Turnpike. Evacuations began today, and everyone is going in the same direction.

Florida’s highway system is interesting as well, because most of them are toll roads, you don’t have any back roads you can take to get anywhere.

They basically built the highway system to make money and cut off all of the side road business with that in mind. You can’t just drive around the highway to get anywhere.

One of the most dangerous things out of a hurricane this strong happens to be the wind because the flooding starts much later than the winds do. The winds from a storm this strong can uproot trees, cars, roofing, fences and the like which is what will cause the initial damage and destruction.

So yes, Floridians have every reason to fret, worry and start evacuations.

My dad lives in Florida and I worry, I have to keep reminding and telling myself that Irma could very well change her mind here and not make landfall as a category 5.

In a state like Florida, what do you do when the hurricane is as big as your entire state?