Trump Takes on US Justice System

Donald Trump vs. US Justice System vs. Terrorism

Trump has sort of a valid point with regards to the US justice system in the wake of yesterday’s deadly attack that was carried out by Sayfullo Habibullaevic Saipov, killing 8 and injuring 11 others in Manhattan.

Today during a White House Cabinet meeting Trump made reference to the US Justice system as nothing short of a “laughing stock,” in the way that it handles the punishment of terrorists in this country. 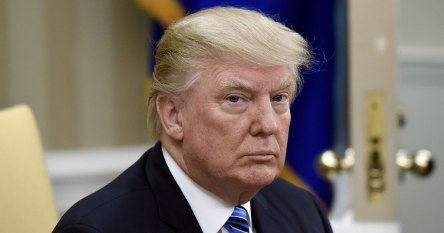 Trump told reporters: “We also have to come up with punishment that’s far quicker and far greater than the punishment these animals are getting right now.”

“They’ll go through court for years. And at the end, they’ll be…who knows what happens.”

Then he took it just one tiny step further by adding:

“We need quick justice and we need strong justice, much quicker and much stronger than we have right now. Because what we have right now is a joke and it’s a laughingstock. And no wonder so much of this stuff takes place.”

He is not however all that far off the mark, these guys could drag this out for quite a long time, all at the expense of taxpayers. However, they would be found guilty, that is a for sure.

After that, the question would be, do they do time here or are they deported?

Which of course again, the obvious answer is that they would do time in the US. Let’s not be like Trump and leave that one open ended because we all know it would not be.

Trump would very much like to make an example out of some of these guys and that is where I have one small problem.

We cannot stoop to that level of barbarity otherwise should we choose that move we are by default the very same individuals as these terrorists.

We should always strive to be the better human beings.

That in no way means put them up in prison and let them live for free, getting three meals a day, cable TV, exercise time, time outside. Of course we should make it tough, however I do fully understand where Trump was meaning to go and that runs along the lines in inhumane treatment through the use of both torture and abuse.

And that is barbaric, we no longer live in the rudimentary time of “an eye for an eye.” By now given our knowledge and evolution, we should be well beyond that, at least in our society here in America.

Terrorists have yet to grow to that level of the evolutionary chain, which they clearly demonstrate as often as they can. 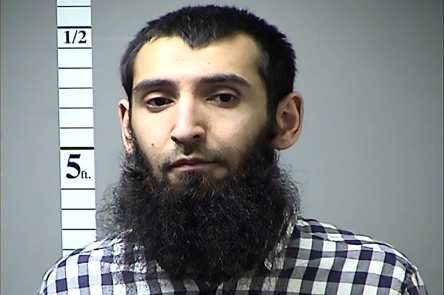 It also does not just start and end with the US Justice system if you are talking about taking swift action, it is my understanding as well as all of the mainstream media’s understanding that Sayfullo Habibullaevic Saipov has been on the radar of Federal Authorities for quite some time.

So forgive me here for pointing out the so very obvious, shouldn’t Federal Authorities have acted at some point to prevent such an attack or has the name of the game changed in such a way that political correctness runs these types of investigations rather than basic common sense?

To make matters even worse, this guy was here because of our joke of an immigration lottery system.

Smart, really smart way to decide to let someone in the United States or not.

I am all for immigration, however we have to be reasonable here. We live in a violent world, we live in a world where extremists have this idea that they need to cleanse the world of it’s problem children, otherwise known as infidels and the bad news, they view all of the rest of us as the problem, we are the infidels.

Once you get rid of one group another will rise in its very place at the head of the table.

So while I am for immigration to the United States, I am also for being reasonable and smart about it.