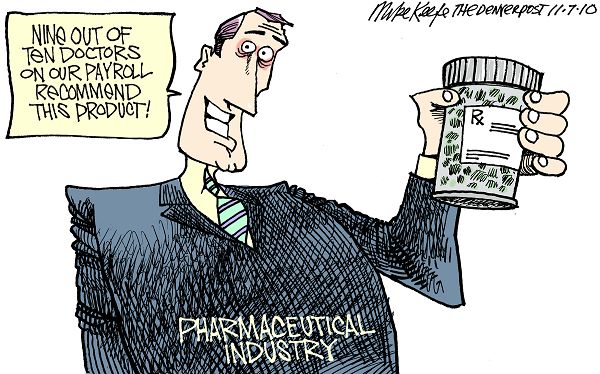 From 2006-2016 two drug wholesalers happened to ship 10.2 million hydrocodone pills and a rather exessive 10.6 million oxycodone pills to two pharmacies in W. Virginia.

In a joint statement:

“These numbers are outrageous and we will get to the bottom of how this destruction was able to be unleashed across West Virginia.” Greg Walden, R-Ore who serves as the House Energy and Commerce Committee chairman, along with ranking member Frank Pallone Jr, D, NJ.

West Virginia suffered the highest drug overdose death rate of any state for the year 2016 by the way.

A congressional committee that is tasked with investigating the opioid crisis discovered the rather large amount of opioids being sent to the such a small rural area and began to look into what might have been the root causes of it.

The panel set out letters to drug wholesalers Miami-Luke’s and H.D. Smith asking what the hell?

The committees investigations tend to look at identifying systemic issues like the mass amounts of opioids that are sent to small town pharmacies and one of the red flags is when the number of opioids exceed the towns actual number of residents.

In this case, it clearly shows abuse of the drugs because that averages out to more than 6,500 painkillers per person but…who is to blame for that, really?

Is it the patients who should be blamed for abusing the drugs?

Is it the wholesalers who are shipping them out?

Is it the pharmacies who are simply tasked with filling prescriptions?

The doctors who are handing out the opioid prescriptions like candy?

While I understand going after the wholesalers, let’s be completely and brutally honest here, this is still the US government going after the little guys instead of going for the mob bosses.

You know, the ones that just so happen to line the pockets of most of the politicians who are in the political arena.

Jeffrey Sessions and his crew can continue to go after these small time pushers, the reality is that the nation is starting to really see who is responsible for pushing the drugs and getting them out on the streets and sooner or later, big pharma is going to have to pay the price for creating addiction for the sole purpose of lining its pockets, rather than create cures.

Which is what it is advertised as, creating cures, and the ‘temporary’ relief of pain, and correct me if I am wrong, technically speaking of course, that is in fact, very false and misleading advertising now isn’t it?