#MarchForOurLives – Rises Above the NRA’s Effort to Silence the Message!

This weekend we witnessed the youth of America stand up with a clear message in the US, now is the time to end gun violence in this country.

We also witnessed the NRA stand up against the courageous youth in this country by, tossing insults at the youth who represent an increasing number of individuals who are deeply opposed to more gun ownership in our nation.

One such insult was from Colion Noir a pro gun host at NRATV who had a few choice words for the Parkland shooting survivors:

“No one would know your names if your classmates were alive today.”

I actually beg to differ with Colion here. 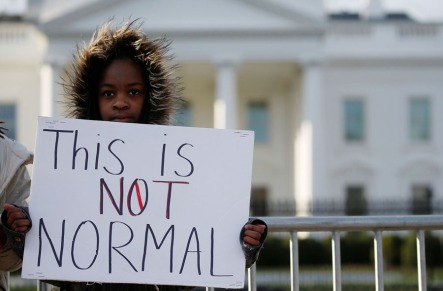 It makes no difference if anyone lives or dies when someone enters a heavily populated building, school, mall, airport, if they shoot any weapon in the attempt to take lives, everyone will be paying keen attention.

What’s more is that everyone is paying keen attention to the NRA and what it has had to say and do since the Parkland school shooting.

The NRA wants to silence the outspoken youth in this nation through insults and hurtful words because the reality is, that is pretty much all the NRA has left. We all know the why, because they would prefer to use these types of shootings in an attempt to continue to influence gun policy so that they can continue to line those fat juicy pockets they have, with hard cold cash.

The problem that they are currently having with the Parkland survivors is a fairly simple problem.

The survivors and the groups growing numbers represent a nation that is kind of tired of gun violence and a nation that feels we have better options and no longer have a need to arm individuals with guns. 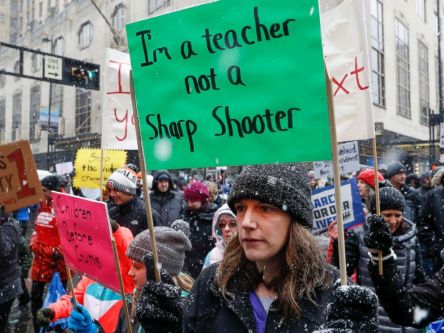 That is called evolution, evolving, humans have been enjoying that privilege since the day we became human beings.

And that is meant to happen, and guns, they don’t help us evolve past being what we always were, violent beings.

The youth of today it would seem would like to help us grow past that need for violence while the NRA and pro-gun activists perpetuate it at every turn.

While some would argue the point with me until blue in the face, I am rather impervious to the argument that everyone has a right to be armed, to the contrary, they do not and no one really needs to be armed at any given moment.

What is even more interesting is that I continue to see pro gun statements all about social media, touting the second amendment which very few actually truly understand the meaning of.

The 2nd amendment does not exist so that the youth of this nation don’t have to run for their lives, as of today that 2nd amendment is what pro-gun groups and the NRA hide behind in order to influence gun policies that no longer fit, work for or suit a nation that is defying the odds when it comes to gun violence.

It is time to go about disarming the NRA and pro-gun activists all together, for those ideals no longer serve this nation or its people.

Rather than attempt to influence gun policy through exploiting these types of shootings the NRA and the politicians who allow the NRA to buy it’s way into congress should take a very hard look at what happened when the Tobacco industry fell.

By logic, all murderous industries may enjoy a degree of time living high off the hog, but eventually they will tumble and tumble hard they will.

That industry never came back fully and the cold hard reality is, that if the NRA doesn’t elect to take a back seat on its own, they will in fact be forced to, sooner rather than later.