What’s one to do with that U.S. Army sniper training? 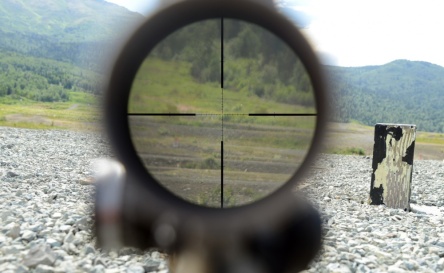 A former U.S. Army sniper Joseph Hunter and not one but two former U.S. soldiers, Adam Samia and Carl David Stillwell are accused of becoming contracted hitmen for an international crime boss, one Paul Le Roux, who had some sort of vendetta against a real estate agent, Catherine Lee, in the Philippines who the crime boss felt had cheated him in some way.

So, as the story goes, he contracted out the three former U.S. Soldiers and offered to pay them to take out the real estate agent in execution style back in 2012.

The investigation has shed light onto what some are calling a private fraternity of mercenaries, trained by the United States Army, who are willing to ruthlessly kill for hard cold cash.

Catherine was in fact murdered upon a return from a trip she had taken to the countryside of Manila, she was shot twice in the face, her body was found on a pile of garbage on the side of the road.

After the men were paid, they were ordered back to the US where they were promptly arrested in 2015 for the hit.

Not making the wisest of choices, Carl David Stillwell had a picture on his phone of a bloody head wrapped in a towel dated on or around the time of Catherine’s murder, then he admitted to being in the driver’s seat of the van when she had been shot.

What’s more is that prosecutors also had surveillance of Joseph from a sting in Thailand that resulted in a completely separate conviction for plotting to kill a DEA agent.

In the surveillance recording, Joseph is overheard speaking about killing people for Paul Le Roux.

The murder of Catherine Lee actually does lack quite a bit of hard cold evidence that would tie all three to the murder, some of which is physical, no eyewitnesses and the like.

Regardless of the lack of actual evidence, all three men are still on trial for the murder of Catherine and it’s highly likely that they will all three get convicted.

So if anyone was wondering what to do with that US Army Sniper training, the answer is not to become a hitman, especially if you happen to be careless enough so as to get caught.