Whose up for a little game of Murder Donald Trump?

I have to admit, that while I am not Donald Trump’s biggest fan, in fact I could really go for an old-fashioned impeaching here, suggesting or offering to murder the president is a wee bit much for me.

That’s a pill that I am not willing to support or even consider swallowing.

US agents, are already seeking a Kentucky man for posting death threats against the President back in June on Facebook of all places.

In the past year since the violence in the Charlottesville riots, the left has gotten to a point where they are becoming a real concern.

Even a former Bernie Saunders staffer took the chance to open fire on a group of Republican congressmen who were practicing baseball.

This past Sunday which marked the one-year anniversary of the Charlottesville riots, the progressives, anarchists and black bloc thugs decided to get together and collectively and quite openly threaten to Murder President Donald Trump – On Camera! 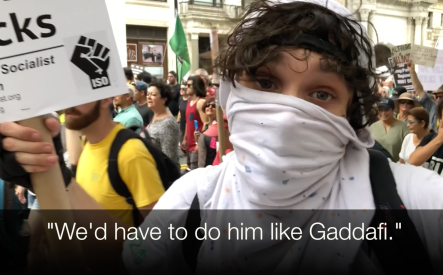 The group is lovingly called Antifa.

Some would argue that the group is traditionally made up of the mistreated, repressed, held down and under privileged and the group does stand against the Neo Nazis/white supremacy. 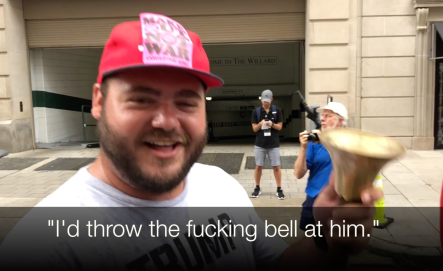 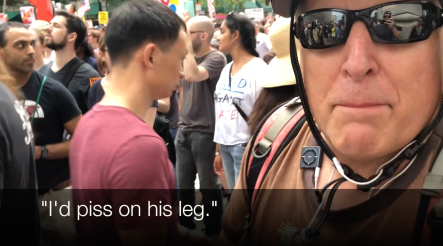 If you are not tolerant of the Neo Nazis, you are a hypocrite for making your own threats of violence against specific types individuals, groups, races or people who share a common belief in something.

Period and end of story.

These threats from Antifa from this past weekend, should have everyone concerned.

Especially when those threats target the President of the United States.

The reality is, it also makes that cause less worth listening to or paying attention to.

How can anyone take them seriously?

The point they are driving home for me is that since they are not getting their way, they are going to threaten to or actually behave violently in an effort just to prove a point.

They just want what they want or else, they will make serious threats of violence which will escalate into actual acts of violence.

That is not a guess it is inevitable.

No war was ever truly won once you get to the bottom of things.

Each side that participated lost far more than they ever gained, not to mention that war is usually brought on because one side or the other wants something, in other words some form of greed or one or more sides of that war want to control something.

Being an ever-evolving species should we not be evolving away from the likes of violence whenever possible?

We are attempting to evolve here, at least for many.

Sadly, that cannot be said for all.

And I get it, Trump is the lying, cheating, racist, hateful, womanizing, bigot, running the United States into the ground, turning the White House into a trailer park full of trash, and filled the swamp with more scum than we could ever handle and the man responsible for ruining our relationships with other nations and countries.

Got it, that is duly noted.

Still, the same, by offering to kill The President, threatening violence, spreading hate, the world who is watching us, sees us as exactly like the man some are now delightfully offering to murder.

If you support that, then you are also, no better than President Trump.

When one makes threats to harm someone and people show support for that, you are basically advertising that you are all for violence, mayhem and murder so long as it is getting you and the masses precisely what it is that you want.

Groups like this much like a terrorist group are pushing their own beliefs on us all or they will kill for them.

Tell me why in the hell we would want to stop the Mexican Cartels? I mean they are all for the violence and death they cause because, it is getting them what they want.

The same could be said for IS, the Taliban and all other terrorist groups, because they are just another group killing in order to get what it is that they want after all.

If you support groups like Antifa then you cannot very well condemn the cartels or any of the many terrorist groups around.

And all of this killing started with mere threats to do so from the Cartels, the terrorist groups.

They all kill in the name of getting simply what it is that they want and the cold hard facts about that are, they each started the killing, by killing their own prior to taking it to a worldwide level.

In short, is Antifa not just another terrorist group? 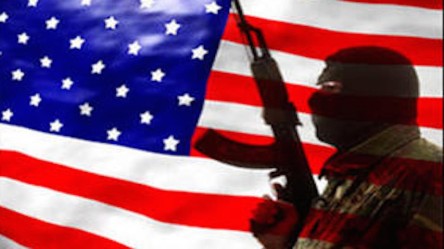 “Under the 2001 USA Patriot Act, domestic terrorism is defined as “activities that (A) involve acts dangerous to human life that are a violation of the criminal laws of the U.S. or of any state; (B) appear to be intended (i) to intimidate or coerce a civilian population; (ii) to influence the policy of a government by intimidation or coercion; or (iii) to affect the conduct of a government by mass destruction, assassination, or kidnapping; and (C) occur primarily within the territorial jurisdiction of the U.S.”

Yes, FBI I am looking your way, get them on a terror group list now rather wait until they do something really stupid here.

Oh, wait yes, I see we have to wait for them to actually start killing Americans who do not share in their beliefs.

Sorry Mr. President but not even a threat or offer to murder you by a group of individuals who want to force others to stand with them or die can get them the coveted title of “terrorist group,” until someone is killed.

If these guys want to fight for something fight for the right to run for office and do a better job than Trump is, undo his ugliness or support someone who believes the opposite of Trump and his kind rather than grow the hate and violence.

So, the idiot award of the week actually goes to Antifa, for showing us all that you are not an evolving species but rather a group of children who suffer from anger management issues because you are not getting what you want.