Kim Jong-un is one feisty little man, isn’t he? He has recently begun to do everything in his power to ensure that the world is fully aware that the deal according to Trump, that was struck between the US and North Korea, well maybe never was.

Prime Minister Shinzo Abe and the Tokyo government reaffirmed Tuesday that North Korea posed a “grave and imminent” threat to Japan, despite Kim’s pledge on denuclearization.

The South Korean president will be visiting North Korea next month and it appears that both China and South Korea along with Russia although rarely mentioned are beginning to outwardly side with North Korea.

South Korea in fact is planning on building a new liaison office in North Korea which means that the parties intend on regular and consistent communications with one another. 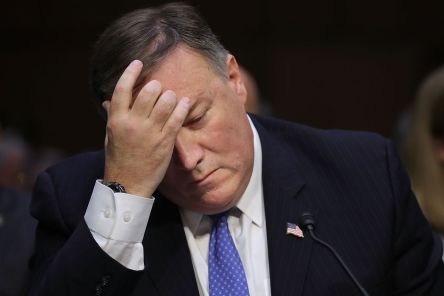 Mike Pompeo’s trip to North Korea was called off due to a warning letter that had been sent to the US.

In it, the letter blamed the U.S.’s reluctance to advance discussions about a peace treaty and senior North Korean officials warned that talks were “again at stake and may fall apart.”

So, what does all of this mean?

The reality is that the US never really had a set-in stone solid deal with North Korea and to Kim’s credit all he had to do was sit around and watch Trump destroy established relationships with other foreign leaders.

In turn, that gave Kim the advantage he desired and needed.