Here in the US we have had a multitude of issues resulting from Drones. People have used them in all sorts of creative ways so as to cause chaos, trouble, break laws.

States, municipalities, governments, law enforcement have all had to take the resulting issues seriously and start to write rules, regulations, laws and the like on the books in an effort to thwart the continued issues resulting from individuals flying drones around for the simple sake of just causing trouble or breaking the law. 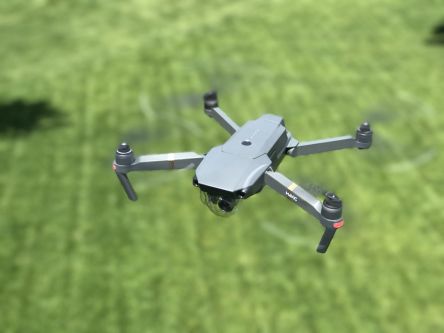 In the UK, it seems that they are seeing the very same issues as we have in the US.

The drones have come very close to causing a few airplane vs drone accidents, they have been used as weapons, a fan favorite, delivering drugs, weapons and contraband to prisoners, drunk, careless drone flying and they have been used to spy on people.

The UK has in particular seen an increase in the number of close calls involving drones and planes, and that number has been on a steady rise within the last 3 years. 92 cases were reported just last year in the UK alone with several being classified as involving a serious chance of a collision.

To fight back the UK has teamed up with several several companies, including Droptec, OpenWorks Engineering, and DroneDefence who have developed hand-held or shoulder-mounted “guns” that fire a net to trap a suspect drone.

Droptec’s kit was used to protect Donald Trump who was on an official visit to Switzerland earlier this year although the authorities won’t say whether it saw any action.

OpenWorks has also developed an automatic mounted gun that can identify, track and capture drones that fly within a prohibited area.

While other security firms have installed net capture tech into interceptor drones that can lock onto a rogue drone and disable it in mid-air.

The system which was used at the Winter Olympics in South Korea in February, and it has been used by police in Tokyo, for the last 3 years.

It doesn’t look like the battle of the skies above our heads is going to end anytime soon so it’s likely we will only see an increase in new technology in an effort to keep a more watchful eye on the skies for drones being used to break laws and get around any and all legal systems.