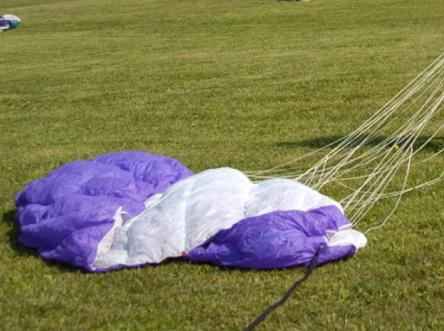 I know someone who almost died when the plane he and his skydive team were on went down. I always had a huge amount of respect for the man because for most it would deter them from the sport that they love, not him though.

Nothing stopped this man from his love for flying.

It’s pretty rare when the FBI takes a look at a facility for skydiving, this particular facility has seen 5 deaths within the last 3 years.

A veteran skydiver was killed Sunday October 17, 2018 when her parachute failed to properly deploy. Making it the 5th parachuting death in the past 3 years at the Lodi Parachute Center.

Not a good track record, at all.

This particular skydiver was using her own parachuting equipment and to add insult to injury here, since 1999, 16 people have died after taking off from this facility.

The center has a history of troubles and was recently served a search warrant by the FBI.

Authorities did not say why they’re searching the business, which has been accused of lax training and various safety and maintenance violations.

Jumpers say that despite the tragedy, statistically speaking, the sport is relatively safe.

“Nine times out of 10 it was operator error emergency procedures down to low turning your parachute to low to the ground or just not paying attention to what you’re doing.”

In 2017 almost half of the 24 jumpers who died in the U.S. faced malfunctions, Failure to safely land on a canopy was the second deadliest cause, according to the U.S. Parachute Association.