Donald Trump is the Swamp

The past two weeks, the news has been filled with our racist, bigot, womanizing president talking about the dangerous migrant caravan hurling towards America, you know the one that is filled with MS13 gang members, thugs, terrorists, men, the caravan who is going to overrun border patrol and start raping american women. 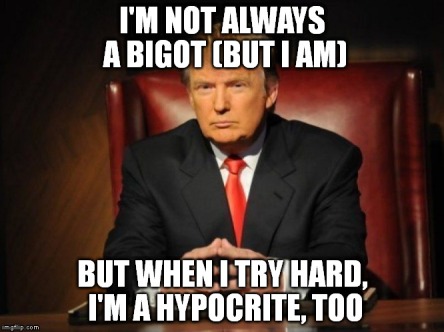 Trump is attempting to incite fear and panic, he even offered to protect women from this horrendous caravan. 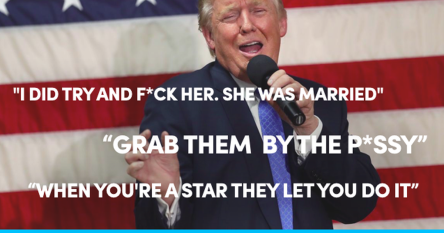 Yes our pervy president says women want him to protect them.

Umm please allow for me to fact check that, no we do not want our disgusting, old perverted, sexual predator pig of a president to protect us.

Now, Trump has sent troops to the US – Mexico border to chill for a caravan that is still weeks away from arriving to the US.

Are you kidding me?

Donald Trump goes on national TV and lies about the caravan, a tax cut for the middle class, outright lies, then admits he lied but could be right and we just let that shit slide?

Russian meddling is nothing compared to what our very own president is doing.

Our president spreads more fake news than any media outlet, in the entire world.

He is appealing to white nationalism and that is quite frankly, pretty disgusting in this day and age.

Trump is appealing to his voters but is that going to work this time? The sheer number of Americans that do not support Trump is staggering, quite possibly outnumbering Trump and his parties voters.

So naturally Trump is afraid, he is panicking and attempting to gain support for his party by informing us that rapists are coming.

All of the fear mongering and hatred makes us look weak, deplorable and quite honestly absolutely ridiculous to the rest of the world.

America was once the great, now we are joke to the rest of the world.

Think about this as you cast your votes this week, if any of you want the swamp drained, it’s up to us to do it this time and not put our faith in a man who has shown over and over again he cannot be trusted.