Florida’s Joke on our Nation

In Florida, it’s pretty clear that no, not every vote counts.

Now the excuse for every vote not counting, sloppy signatures. 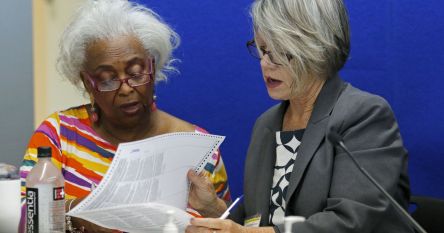 Lawyers for Democratic Senator Bill Nelson, and Republican Gov. Rick Scott, were in federal court in Tallahassee on today arguing that the ballots of traditionally Democratic voters, minorities and young people were more likely to be thrown out because of signature variations than those of other voters.

At least 5,000 + ballots from all voters were left uncounted across Florida as a result of signature mismatches, according to various estimates from the Florida secretary of state and analysts examining the latest data.

But is that really the real issue here?

Could it be that this is a carefully designed plot to ensure Rick Scott remain exactly where he is or is it just good old fashioned ineptitude?

I am going to go out on a limb and claim both.

“The culture, and technology, are making signatures a devalued currency, they came into popularity as a means of expressing a person’s individuality, which made them good for identification. Now people will just use an emoji.”

It was documented by the way, in a pre-election study by the American Civil Liberties Union in Florida, that young voters were more likely to have their mail-in ballots rejected because, in part, they did not use their handwriting enough to develop a steady signature.

Which also speaks to Florida’s education system. I recently met someone who informed me that he did not know how to sign his signature because back home, at his school in Florida they were not taught cursive much less, how to create a signature. 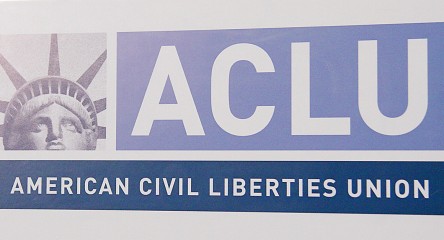 Just in the past year the A.C.L.U. has fought signature matching issues in a series of lawsuits across the the US arguing that the process is unconstitutional and disenfranchises voters.

The A.C.L.U. has in fact, won cases in New Hampshire and California.

In Georgia, the A.C.L.U. sued Secretary of State, Brian Kemp and a candidate for governor in another undecided race, for disqualifying nearly 600 absentee ballots as a result of alleged signature mismatches. On Oct. 24, a restraining order was issued that required election officials to provide absentee voters the opportunity to confirm their identity.

In most states this type of issue is resolved without having made the news 24/7 for days on end, however this is Florida a state that Donald Trump just happens to love.

A state full of Trump supporters who are quick to grab the rose colored glasses and turn a blind eye to any and all realities up to and including Trump’s outrageous lies and embellishments.

Broward County and Palm Beach County both have deep and rich histories of being slow to count votes.

Broward County has frequently been accused of making mistakes.

Broward also saw issues when it lost some absentee ballots during the 2004 presidential election.

Brenda Snipes by the way is still gainfully employed by the state of Florida in the same position she held back in 2016.

Not to mention that I am sure the she is the very individual responsible for the altered forms that were sent to voters for this years mid-terms as well.

Either Florida will figure out how to legally resolve the issue or its looking like the A.C.L.U. will in fact step in and take matters into its own hands.