Have you ever been sitting around with your body cam, bored and itching to shoot some video of your testicles? No?

Me either, oddly enough. 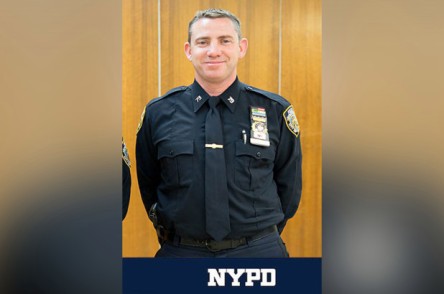 But for Detective Specialist Raymond Williams of the 79th Precinct of the NYPD, I guess the temptation was just too much.

Raymond recorded a 32-second video of his testicles on a body cam which was then ‘accidentally’ discovered by a female staffer at the city’s Legal Bureau during a review of recordings.

Raymond has subsequently been suspended for the prank which went down according to the report like this:

“Oct 2, Raymond took possession of another member of the service’s department issued body camera and recorded a 32-second second video consisting of him intentionally exposing his testicles while in the 79 Precinct Special Operations Office, Williams’ naked behind and testicles were on full display, and he even rubbed his penis.”

To make matters worse, Raymonds position is that of a community liaison between police and citizens.