Why Not a Soul Wants to be Chief of Staff

I could run the list of obvious reasons as to why no one really wants to be Donald Trump’s Chief of Staff, the reality is pretty simple and much more honest. 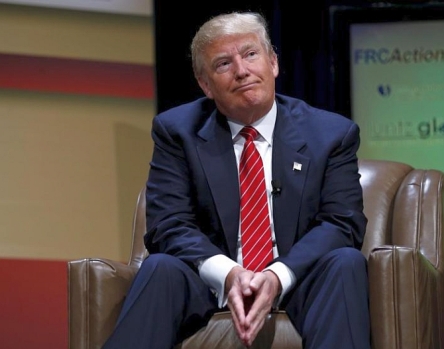 The Chief of Staff is not a doormat nor is he or she a dog who lives to serves his or her master. And that is what Trump fails to understand about the position.

To be even more honest, it could very well be that Trump is simply seeking out the wrong individuals for the position.

Here are a few well thought out suggestions:

He did overwhelmingly help Trump secure the office of the US Presidency, after all.

Something tells me that woman is not going to be having any of Donald’s normal BS and she quite possibly just may be the only individual in the entire world who could wrangle the mans twitter account away from him.

Because watching the romantic power play between the two would be akin to watching a couple who simply should not be married, just imagine the on-air arguments from the oval office we’d witness.

Obviously, they both like to hide the truth, i.e. lie, play stupid, then get angry, and finally just blame everyone but themselves.

Who doesn’t love a woman with some balls on her? Alisyn, much like Ivana would not be having any of Donald’s shit at all. Alisyn would question and grill Donald at every turn making Donald so confused and upset that he’d end up in the fetal position in the corner of the oval office leaving Alisyn to run the affaires of the country. 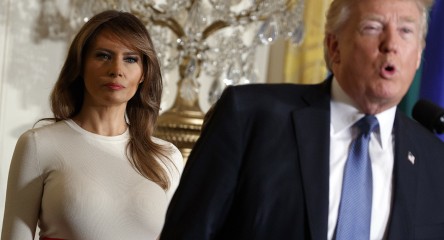 I have not clue what our current first lady does other than stand around and look really, really pissed off all of the time and well, lets be honest. If Donald wants a dog to do his bidding, he has no need to look any further for one because he is already married to one.