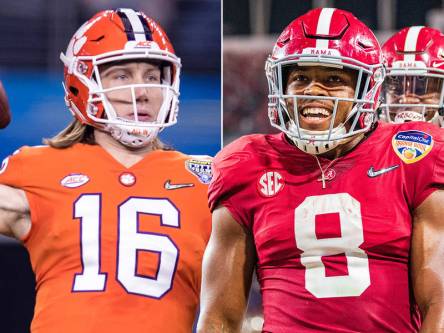 Tonight, is the CFP National Championship game and on the way home I heard that Trump plans on delivering a prime time address tomorrow?

Are you kidding me?

He is touting the address as “The Humanitarian and National Security Crisis on our Southern Border.”

He is still crying over his border wall, fence, dotted line money?

The crisis is all his doing by the way, as is the Government Shut Down.

He is having his tantrum and letting the world know just what kind of man child he truly is.

He and his servant Sarah Elizabeth Huckabee Sanders can’t keep the numbers or facts right, true, she got fact checked live on the air over the weekend and just kept running that overpaid, truly disgusting yap of hers.

According to CNN “the President will try to use the power of the bully pulpit to increase public pressure on Congress to give in to his demand to finance a border wall.”

And, in all honesty, I have to call like I see it, CNN’s Julian Zelizer hit the nail on the head.

Trump is just a complete disgrace in all honesty and this BS game is just flat out useless and pathetic.

This speech tonight is designed to guilt the American audience into to applying pressure to congress so Trump can win.

That is right fellow Americans, he is going to attempt to get us, to feel sorry for him, he will attempt to instill fear, hatred all while lying, providing facts that he makes up and making it appear that we have a full blown crisis at our southern border.

We don’t actually, the only crisis we have had has been one of Trump’s very own design.

He is the cause.

Again, it’s been proven time and time again, real threats to the United States, they are not coming from Mexico.

Drugs, yes and sometimes yes, even gang members but not to the extent that Trump and his crew would like the world to believe.

Try stopping the drug abuse here at home before condemning another country for feeding the addiction.

Trump should understand this, business is business, it is based off of demand and then followed by supply.

Oh wait, that is simply too sophisticated of an idea for someone like Trump who is incapable of addressing the issues we have here in America.

But then again, is that not the typical American way?

We choose to blame rather than look inwardly and try to address our own issues?

The president of quite literally just making up a crisis, as one would put together a movie because the Democrats are refusing to agree to an exorbitant amount of money for a wall that won’t have any demonstrable impact, i.e. stop illegal immigration, which has been steadily declining by the way.

Our Threats are coming in by sea and airplane, they overstay visas, fall off the radar, get a pilot’s license and then bomb the world trade center.

Most who are coming in from Mexico are picking the fields and taking the lowest paying jobs that the average american will not take.

CNN: “The speech is the latest step in a massive mess President Trump has made of the federal budget in recent weeks. If it were possible to sue for presidential malpractice, this would be low-hanging fruit for the legal community.”

I’m not sure about the rest of you, but I am with CNN here, rather than watch our President spew lies and nonsense, fear monger and bully, I am going to stick to re-watching the game tomorrow.