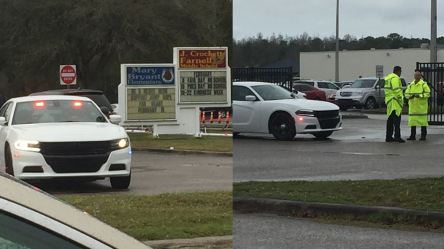 Today marks the 1-year anniversary of the Marjory Stoneman Douglas High School in Parkland, Florida where 17 students and 3 staff members were killed. Some are looking back and reviewing what has changed since the deadly shooting, some are looking forward to push for more changes in an effort to both prevent and stop school shootings, and one young lady decided that it would be a good idea to call in a report of an armed individual on campus forcing the lockdown of two Hillsborough County, Florida schools.

Which of course as one might imagine drew a fairly large police response. According to deputies the schools were placed on lockdown on Wednesday while the Sheriff’s Office investigated a report made by a teacher about hearing a rumor of a weapon being on campus.

Not a good idea to report seeing someone on any campus, a mall, a movie theater, pretty much anywhere these days, yet one has to question the motive and thought process behind a 12-year old female making such a false claim before rushing to charge her with a felony.

What is going on in her life to have made her think it wise or okay to report such a hoax? Is something going on at school or at home that would warrant some type of investigation or does she have behavior issues, is she simply mentally unstable?

Sometimes, rather all of the time, failing to conduct a proper investigation as to the why is a disservice to both the community and to the individual who will be charged, particularly juveniles and anyone who is abused, suffering mental trauma resulting in mental health issues, including PTSD.