Sometimes human nature is so utterly predictable it’s not even remotely funny, for instance those that are a rather bit unfaithful while in a relationship. The fear of getting caught is just as exciting to them as the fear of losing the relationship is. I’ve asked people before why they did it if they are so afraid of losing the relationship, most once you peel back the layers use excuses so as to explain or really justify it by making the spouse or partner out to be the one that pushed them to do it, by not giving attention, or for refusing some sort of sexual endeavor, yet in the end they really had not a single good reason for having an affair other than, they are manipulative and selfish individuals who required more attention than your average individual with the very real motive being nothing more or less than pure selfishness, the need for gratification without taking time to think of others.

It is not just men either, it is both men and women. If you look carefully you will find a certain psychology of those that are prone to have affairs or who just bounce from partner to partner seeking nothing more than sexual gratification.

Now is the time capitalize on that if anyone was wondering.

These day’s cybercriminals are capitalizing on just that and targeting high-net-worth individuals utilizing LinkedIn, striking up online emotional relationships, then cashing in in what is referred to as a sextortion scam because they know the older a person is, the potential for a higher salary to be earned follows. After said online relationship is formed or established rather and on solid ground, the cybercriminals then threaten to reveal details of the affair with the victim’s partner unless a ransom is paid in bitcoin.

And people are in fact paying, which in some cases does them no real good in the end.

According to researchers who have been studying the gangs for the last 7 months, these cybercriminals are creating gangs, utilizing recruiting methods with accompanying salaries just like an average every day business would. Some of those salaries being offered are up somewhere around the $300K annually and for new hires who have programming skills, those salaries are being paid to the tune of roughly $1,094,940.00 annually, which shows that these organizations are in fact, making enough money to pay high salaries to those that join them. They then target lawyers, doctors, corporate executives and anyone else with high salaries. 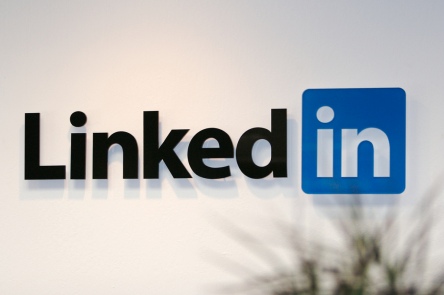 The most fruitful playground to find these victims just so happens to be LinkedIn which attracts more higher paid professionals. Think about it, if you are looking at Facebook or Twitter, you might not truly know what someone does for a living but you get to LinkedIn and it’s basically that individuals’ entire professional history right up to their current title and for whom they work sometimes relationship status are also found on LinkedIn.

Then of course the other social media platforms are used so as to learn more personal details with regards to the target and as you might imagine they might even be able to find the individual perusing dating sights. The problem is usually two parts for any victim.

People tend to share it all using social media, which means that you are giving someone including scammers and cybercriminals a real good insight into your inner workings, emotionally and psychologically, they can figure someone out in less time than it takes me to get through a single cup of coffee and that is generally in under two minutes. They can tell everything about the intended target, are they happy in the relationship, are they happy yet daring and willing to risk it all? Do they have children, where do they like to eat, shop, take in a weekend getaway? Couple all of that with something like a data breech, such as passwords, or a data breech from our app’s which often share information about us across a multitude of platforms and it can make an extortion attempt even more profitable.

Cybercriminals are upping the stakes and utilizing multiple social media and dating platforms in efforts to target and make money off of their victims. Sadly, our expectations are that we will be protected from such things and the reality is that we simply cannot be protected by our government or the very social media platforms, it is our choice as individuals after all to post everything that we do, so in a sense, we actually are, partially responsible whenever our information is leaked and then utilized in a scam.