I have to admit that I love it when someone is blatantly breaking the law and gets caught doing so rather red handed. In all honesty it really is never a good idea to impersonate a member of law enforcement or military, never. 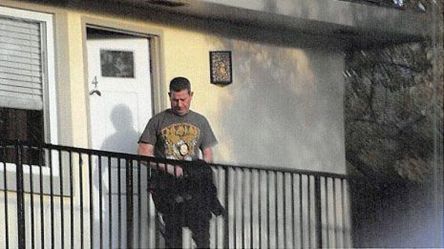 One San Jose, California man apparently never received the memo on that however. 49-year-old Alex Taylor was arrested Saturday after an investigation into reports that a man driving a Volkswagen Jetta with police lights was making unauthorized traffic stops. Alex was arrested on suspicion of impersonating a federal officer because, well, he is not in fact a federal officer of any sort.

What tipped law enforcement off was the fact that Alex just so happened to actually pull over a federal agent back in December, on Christmas Eve to be exact and identified himself as a DEA agent. What an idiot.

During his arrest by real federal agents, they seized the Jetta, two firearms, an imitation gold DEA badge, a “concealed weapons badge,” a pair of handcuffs and a small amount of methamphetamine. 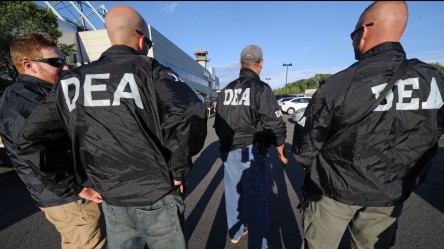 Court documents show that a U.S. Department of Transportation assistant special agent in charge was driving her personal vehicle in San Jose when Alex pulled up behind her with flashing lights on. Alex walked up to her window wearing a gold DEA badge around his neck, informed her that he was a DEA agent then asked her where she was going in such a hurry.

“DEA huh?” the woman asked Alex, according to court documents. “Since when does DEA make vehicle stops?”

“All the time,” Alex responded.

The woman asked which office he worked out of because she knew several DEA agents, according to the affidavit. Taylor said he “worked all over.” The woman then identified herself as a federal agent and told him he could not write her a ticket.

At that point, Alex told her to a have a nice day, returned to his car and drove away before the agent could write down his license plate number, according to court documents. But it would appear that he was on the radar prior to this incident because federal investigators learned in February that an off-duty Santa Clara County sheriff’s deputy had written down the Jetta’s license plate number after seeing Alex pull over a tow truck on a highway in Los Gatos in November. The tow truck driver later told federal investigators that Alex asked him, “Do you want to die today?” after he was pulled over.

Alex eventually left after a passing car almost struck him and the truck driver repeatedly asked to see his identification. Clearly this is a man that simply does not learn.

According to reports from the California Highway Patrol, they received reports on Feb. 27 and Feb. 28 about a Volkswagen Jetta with flashing red and blue lights being used to attempt traffic stops around Interstate 280 and Highway 85 near Cupertino.

A CHP officer pulled Alex over, saw several accessories, switches, buttons and cords “feeding into different apparatuses” throughout the car, including some plugged into a power source and instead of questioning the situation and actually utilizing probable cause, the officer just gave Alex a warning. Well, that is certainly ideal.

Eventually, Federal agents conducted surveillance of Taylor’s residence where they witnessed him leave wearing a gold badge around his neck and what appeared to be a firearm on his right hip concealed under his T-shirt, according to a DEA news release.

The next day, agents from the DEA, FBI and Bureau of Alcohol, Tobacco, Firearms and Explosives searched Taylor’s home and promptly arrested him which, I am sure felt surreal to be arrested by real Federal Agents for Alex.