What’s a president do when his dream of a hideous border wall ends in the theft of said, border wall? As the border wall is being built in certain areas, according to Mexican officials, who told San Diego’s KUSI-TV 15 to 20 people have been arrested for stealing concertina wire from the U.S.-Mexico border wall, then turning around and selling it to homeowners in Tijuana who were looking to upgrade their homes security.

You have to hand it to these folks honestly, they will steal and capitalize on the stolen goods in the most creative of ways. 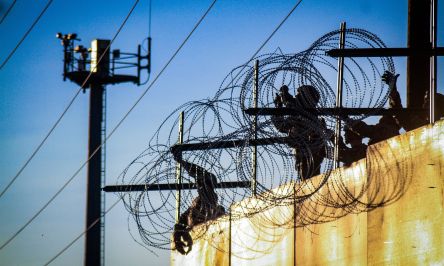 Because Donald Trump was concerned about a “caravan” of migrants, he ever so politely asked the US military to install some fencing back in November, because well, our military does not have anything better to do after all. They put up said fencing and that was that. 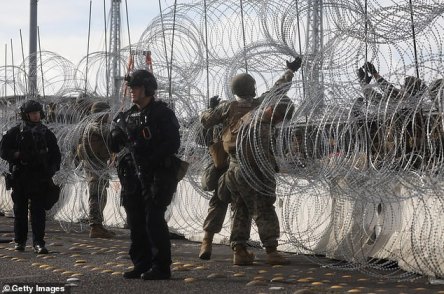 Mexican authorities told the Union-Tribune that those arrested were “mostly” Mexican citizens, but one Tijuana resident who had the wire installed said the man who sold it to her sure didn’t seem Mexican, he had blonde hair and blue eyes and odd for a someone from Tijuana, the man did not speak Spanish very well, at all.

Those that purchased the stolen US border wall materials were paying around $2.10 to have the sharp razor wire put up thus adding much wanted and needed home security. Wonder what our US bill was for that fencing because I am sure we paid well over $2.10 for the fencing and installation. Then again this a really good example of one getting what one has paid for, cheap labor for material that was borrowed from the United States.

Sadly, more thefts will more than likely occur because apparently the materials being used to build Trump’s border walls, are high quality therefore making the materials highly sought after materials that Mexican’s can use over in Tijuana for home security for pennies on the dollar.