Jussie Smollett the FBI and the US Department of Justice

This morning I awoke to something refreshing, the Don issued a Tweet that said something along the lines of “the FBI and the U.S. Department of Justice will review the Jussie Smollett case.” Taking just a slight step further he also called the case both “outrageous, and an embarrassment to our Nation!”

I actually take the Don’s side on this one, it is an outrageous embarrassment to our nation but then again so is every other case just like this one where people were arrested for far lesser false reporting crimes and could not or were never given the opportunity to buy their way off like Jussie did, furthermore Jussie paid two men to attack him under the pretense that they were Trump supporters and because Jussie is black and gay, they were going to attack him all in the name of making America great again. 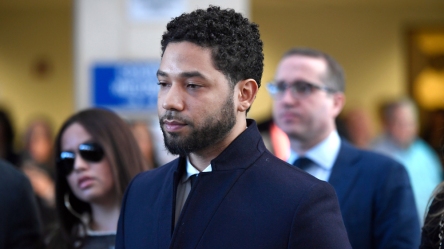 The Fraternal Order of Police and others have been calling for a federal investigation into State’s Attorney Kim Foxx’s handling of the case in which she just simply dropped the charges against the actor. Some would in fact argue that he did not exactly get “off,” but I would argue that one all day long if you’d like. He faced absolutely zero justice in the matter and still went on television after and stated he was innocent of all charges. He learnt not a thing at all through this. Not a single thing.

Kim was quick to defend the decision, stating that Jussie had to forfeit his bond money which is the very equivalent of buying one’s way out of the judicial system and attend a couple of hours of community service where he actually did not perform any community service, he basically just showed up and sat around. Right Kim? 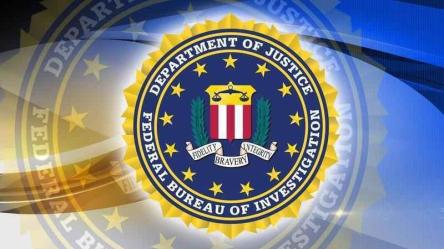 As it is, the FBI had already been taking a look at the case because of a threatening letter the actor received a week prior to the faked attack on him. The letter had been sent by the USPS, which falls directly under the radar of the FBI.

The letter, in a white envelope, was delivered Jan. 22 to a Fox production studio at 1445 S. Rockwell St., where “Empire” is filmed. The letter was addressed to Smollett in large, childish handwriting with “MAGA” written in the left corner, an apparent reference to President Donald Trump’s “Make America Great Again” campaign slogan. Witnesses told the police that a postal worker dropped off the letter. It had been postmarked in southwest suburban Bedford Park on Jan. 18, 4 days earlier, and bore two American flag stamps. Jussie told police he and the show’s executive producer used gloves to open the envelope. Are you serious? Let’s take a step back, had Jussie been stalked prior to the letter, threatened prior to it? It’s a lot too obvious that he in fact sent the letter to himself or paid someone to send it because people do not just open letters with a carefully gloved hand unless something had been going on prior to that incident to warrant that.

The letter seemed to be a message made with letters cut out of a magazine, that depicted a very racist and homophobic death threat accompanied by a drawing. The letter contained white powder that was later determined to be crushed pain reliever.

A Grand Jury felt that Jussie should be fully charged so why Chicago failed in doing so is beyond me, furthermore the FBI’s investigation cannot be touched by the DA’s office so hopefully they will be able to do a little more than slap this guy on the wrist and let him walk because he is an actor and an all-around good guy? He paid people to commit a hate crime against him, that is the opposite of a good individual. Someone who touts that he against hate and homophobic crime, a gentle soul who loves and accepts anyone and everyone, yet he is the epidemy of all that he speaks against because love Trump or not, you do not fake an attack by supposed supporters of Trump just to create hate and bias towards him or his base.

They are capable, fully of doing that all on their own as recent stories, true stories have shown.

For that, I support Trump’s morning tweet and quite frankly the notion that someone could get away with a hate crime against Trump’s base. We want his base punished if and when they commit hate crimes and we need to ensure that they system works fairly both ways.