The truck driver 23-year old Rogel Lazaro Aguilera-Mederos, that crashed his semi on I-70 in Lakewood, Colorado that killed 4 people and seriously injured two others, was formally charged Friday with roughly 3 dozen felony counts and he could potentially face decades in prison.

Rogel has been charged with, 40 counts, including 6 counts of assault in the first degree and 4 counts of vehicular homicide, in the fiery April 25 crash on eastbound I-70 in Lakewood, Colorado. District Attorney Pete Weir said Rogel was “driving extremely fast and in a reckless manner” in an area where the speed limit for commercial vehicles is 45 mph. The semi Aguilera was driving was estimated to have been going “in excess of 85 miles an hour.” 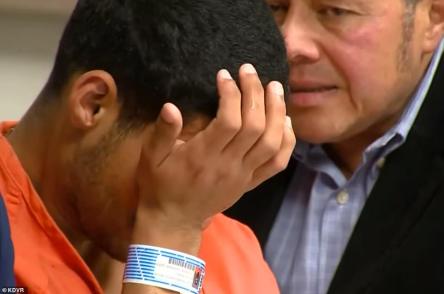 Many are saying that Rogel was behaving with extreme indifference and his attorney, well he believes that the charges are an overreach by the Jefferson County DA’s office and I would be lying if I said that I did not agree to some extent with Rogel’s attorney.

After losing control of his rig coming off the mountain on I-70, the driver made an unfortunate series of bad decisions, he failed twice to utilize two, not one but two runaway truck ramps on his way down, swerved all over the road at one point almost running several cars off the road, had his rig in the incorrect gear, failed to attempt to drive into the ditch, the median and then subsequently, crashed into several stopped cars on the highway causing a major explosion that killed four individuals and injured dozens. He allegedly told police from a hospital after the crash that his brakes failed, and he didn’t want to exit the highway for fear of rolling his semitrailer, according to his arrest affidavit.

While I am all for justice, I have to take a step back here and call into the questions the other seemingly guilty parties beginning with the company that employed the driver. The company, Castellano 03 Trucking LLC, a Houston-based company has been cited in numerous occasions for various safety issues, one being faulty brakes as well as employing drivers that had not concept of the English language, the one language all of our road signage happens to be written in.

Another great question would be, how was it that Rogel managed to procure a CDL license given his tenacity for seemingly making every wrong decision a truck driver could possibly make?

While living in Florida for a few years, I had to endure a visit to the DMV where I witnessed Florida licensing drivers who did not read, write or understand the English Language. They allowed these drivers to take their written exams in their own native language and then handed them drivers licenses as if they were candy. Yes, I would agree for the most part during the actual driving part of the exam these drivers had memorized the road signage they came across however that is easy, what happens IRL?

That in and of itself is completely irresponsible on the part of any state doing this and that is just one tiny piece of the puzzle.

We need to look at where this young man obtained his drives license, his CDL, then the company that employed him. Yes, we can and should hold Rogel responsible however, other parties the ones who licensed him, who gave him a CDL, and those who employed him need to be held accountable as well, yet here in America we seem all to happy to throw the book at the easiest target rather than going after the entire lot, right?