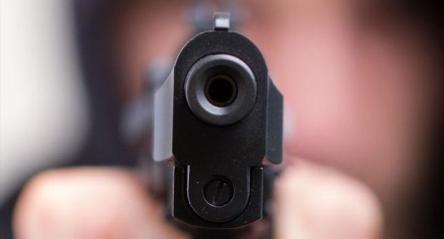 When you think about it, you realize that Florida as a whole really does do some pretty stupid things, take for instance the police who arrested and charted Courtney Irby, 32 on June 15th because she took her estranged husbands guns to the police out of nothing more than fear for her own safety and life. Her husband by the way has had issues with domestic violence in the past you see he had recently attempted to run her down with his motorized transport. Joseph Irby, was in jail over that as he had been arrested on June 14th. 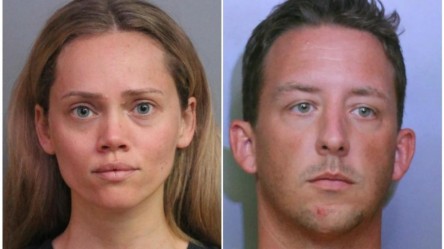 After Courtney turned over the weapons, authorities arrested her and charged her with two counts of grand theft and one count of armed burglary, which by the way is completely moronic and totally absurd.

According to a police report obtained by the Miami Herald, Courtney said she was “in fear of her life.” The Herald also notes that the wife had obtained a restraining order against her husband. Joseph of course told the Miami Herald from the jail he currently housed at that he planned to press charges against his wife.

So, this man attempts to run his wife down with his vehicle thus killing her and she shouldn’t be in fear of her life knowing that he is a gun owner? What’s more is that more than half of those who are arrested nation wide never turn in the weapons they own once bonded at as in almost every case, a condition of bond is that the defendant turn over his/her firearms.

According to a report from the Brady Center released last October, over 525 women on average annually were murdered by a partner using a firearm between 2006 and 2016.

Courtney was released on bond, ordered to have no contact with her husband, and also ordered not to have any firearms. However, now that the news has broke about her case a Florida lawmaker and others are asking a State Attorney not to prosecute her.  Courtney had previously obtained a temporary injunction against Joseph, yes even before he tried to mow her down with a vehicle and had informed police that her husband would not turn in the guns himself. State Rep. Anna Eskamani tweeted that her arrest was “ridiculous.” Fred Guttenberg, whose daughter was killed in the Parkland, Florida school shooting, called it “horrific.”

And it is both horrific and ridiculous. While two wrongs do not make a right, the man attempted to murder her already, he has a blatant disregard for the law as his behavior clearly shows so why would he turn in his weapons if he had bonded out.

Hopefully the prosecution will see the error in the ways of the police on this one and refrain from moving forward with charging Courtney.