To Impeach or Not to Impeach

So here we are again, Trump has gone and done something really stupid again and the news is ablaze with the idea and talk of a renewed effort to finally impeach Trump.

Reports are circulating thanks to a whistleblower, that Trump in a July call pressured Ukraine President Volodymyr Zelensky to investigate former Vice President Joe Biden and his son Hunter Biden. Why is this an issue you may be wondering? Well, during that time frame the US was in fact withholding aid to the Ukraine, and after that call, a very short time later, the sought after aid was given.

Meaning that if the whistleblowers account of what happened is true, Trump may be sailing perilously close to an open window, in his role he is not allowed to pressure another country to provide any information for personal gain, which he did.

Intelligence Community Inspector General Michael Atkinson determined that the allegations were credible and of “urgent concern,” yet congress has yet to see the official report against Trump. The acting DNI under Trump, Joseph Maguire, is not allowing the whistleblower’s report to be shared with Congress, regardless of the fact that Congress issued a subpoena for it.

IS that a fucking joke? So let me get this straight, Trump really could walk down the street and murder someone and Congress wouldn’t be able to do shit about it?

Basically Joseph Maguire is saying something like “look, yes you have a smoking gun but, I am taking the stance that I want to bury my head in the sand and just pretend this isn’t serious so fuck you guys.” 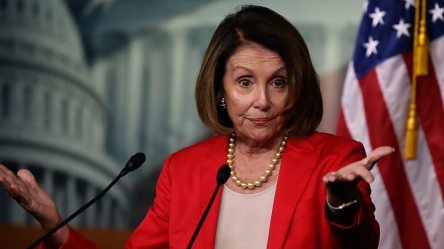 So Trumps camp just gave Congress and Pelosi the middle finger whilst also dropping trow and mooning them.

Legal experts say they have never heard of a DNI overruling an IG assessment to send a complaint to Congress either. Taking it a step further Legal experts on whistleblower complaints say Joseph Maguire is going too far.

D.C.-based national security lawyer Mark Zaid, “We are seeing not just a politicization but a legalization of the whistleblower process that was never intended to exist. It was not intended that the system would be put under a microscope so that lawyers could derive any type of loophole interpretation, these are the type of cases that are supposed to be broadly interpreted.”

Does anyone remember Edward Snowden?

The President of the United States can do whatever he wants and Congress takes a back seat and throws their hands in the air and just says “Oh Well.”

No action is taken, nothing is done and to an individual with Trump’s mentality we reinforce this crappie behavior.

Thank you Congress for kicking every American right in the face by doing nothing but cry to the mainstream media.