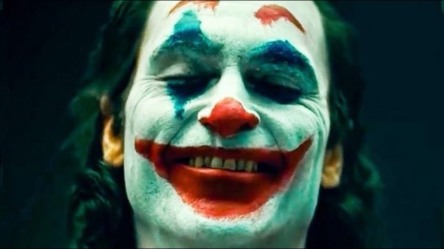 I sit back and wonder in awe about the controversy surrounding the upcoming movie Joker which stars Joaquin Phoenix who plays the part of Joker.

Many are crying out against the movie even showing over concerns that the movie romanticizes violence and mass killings.

But none of that is even true if one would take a look at the reality of it.

Some of the survivors of the Aurora Movie Theater mass shooting are understandably upset by it, if you will recall that mass shooting occurred during The Dark Night Rises movie.

In the upcoming movie, Joker shows us how Arthur Fleck (Phoenix), a mentally ill aspiring comedian is rejected and ridiculed by society which causes him to snap and then subsequently transform into a life of crime and violence, becoming the infamous Joker.

Which has basically always been the story of Joker, shunned, ridiculed and stomped on by society.

Some suspects in some of the mass killings we have seen happen over the years, were in fact, mentally ill, something we shun, make fun of and fail to treat, some were bullied, put down, ignored, ridiculed, etc.

Batman has always faced foes who were societies shit on, which turned his foes mad with the desire to rape, pillage, rob and murder.

We as a society continue to do that to one another today in fact, we do it every day. So, I am unsure as to why the movie is the issue and not all of us instead?

In the case of the upcoming Joker, the movie now more than it ever has, truly tells a real life story of us and our society, a story that has been playing out through centuries of time in real life.

Rather than protest the movie, perhaps we should all be looking at how we treat one another, maybe start to take responsibility for the killers we assist in creating, each and every day.

Movies do not create killers, human beings however, do.