FBI Cracking Down on Hate Groups

If you are part of a homicidal Neo-Nazi Guerrilla Organization, you may want to think twice about your membership in said organization or at the very least not yet paid your dues because the FBI is taking notice of the hate-filled and often times violent filled rhetoric and they are simply not having it.

An FBI investigation of Atomwaffen Division, proved fruitful and netted the arrest of 2 members of its illustrious Virginia cell which included one senior level member and one active-duty, yes active-duty soldier who belongs to an offshoot group.

Despite the FBI having been investigating the group and its offshoots since 2017, the FBI has been even more keenly interested in this hate groups since the spring of 2018. The group itself however was founded in 2016 by Brandon Russell, a young member of the Florida National Guard, who had a distaste for life in general. A hate filled radical young man with a pretty large chip on his shoulder. 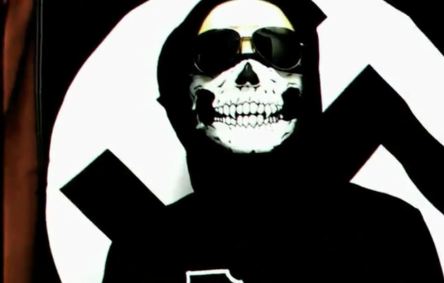 Atomwaffen Division is a secretive, nihilistic (rejecting all religious and moral principles in the belief that life is meaningless), guerrilla organization that seeks the violent overthrow of the United States government and produces homegrown terrorists such as the likes of the Oklahoma City bomber, one Timothy McVeigh.

It follows the writings of National Socialist Liberation Front veteran James Mason and also incorporates Satanism and the occult in its internal ideology.

The investigation is all thanks to the rising concern over right-wing terrorism, and the danger it poses to the United States and her citizens.

In August the arrest of Conor Climo, a former Army combat engineer and security guard where he was charged with planning attacks on a synagogue and a bar with a largely LGBT clientele, and then the Sept. 21 arrest of 24-year old Jarrett William Smith, an Army soldier stationed in Kansas who is charged with sharing viable bomb-making instructions online and strategizing an attack on Beto O’Rourke, CNN’s New York headquarters, and Antifa activists.

The investigation shows that Conor was affiliated with Atomwaffen Division and its offshoot, Feuerkrieg Division, while Jarrett Smith claimed membership in Feuerkrieg, and according to an account on the messaging platform Telegram that was oh you know directly tired to Jarrett in court papers.

Terrorist attacks in our United States just last year were in fact, connected to far-right ideology. Mass shootings this year in Southern California and El Paso, Texas, were allegedly carried out by perpetrators who shared in far-right and racist beliefs.

The beliefs of these groups.

Beliefs that no longer have a place in our great nation let alone the world.

Now that the FBI has taken notice it is only a matter of time before either all hell breaks lose or the FBI dismantles the group and its affiliates once and for all. And these terrorists, well they are not going to go down without a fight now that they know the FBI is coming for them.