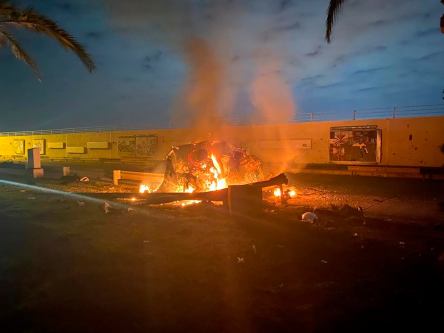 If you missed what went down yesterday here is a recap;  Yesterday President Donald Trump ordered the U.S. drone strike that killed Quds Force commander Qasem Soleimani, who the United States regarded as a war criminal responsible for hundreds of American deaths.

Both Republicans and Democrats agree that Soleimani is an enemy of the US, however the move left congress deeply divided as well as the vast majority of US citizens.

And as for Iran well, the leaders have vowed revenge leaving  cybersecurity and defense experts bracing for an Iranian cyber-offensive that could target online infrastructure across the US military and the private sector, Iran has a vast and dangerous cyber army that it’s been building for years.

Sam Curry, the chief security officer at Cybereason: “Iran is an intelligent cyber opponent with an army of people testing our systems every minute of every day. It is the ultimate game of cat and mouse.”

Although the US has also built up it’s cybersecurity and defenses, it is not where near what other countries have done by a long shot, meaning that Iran will most likely target our infrastructure which has left industry experts and insiders extremely worried because the US has only recently learned about how the Iranian cyber groups truly operate and that has left the US Government in a bit of a panic because as of this very moment, in terms of cyberwarfare Iran has the upper hand.

Air Force Gen. William Shelton predicted in 2013; “They are going to be a force to be reckoned with, with the potential capabilities that they will develop over the years and the potential threat that will represent to the United States.”

Republicans celebrated what they described as Trump’s decisive action, Democrats criticized the president’s order to act unilaterally while expressing grave concern that this action would move the United States closer to an in­trac­table war with Iran.

Sen. Chris Murphy D-Conn had this to say; “No matter how good it may feel that Qasem Soleimani is no longer alive, he likely will end up being more dangerous to the United States, our troops, and our allies, as a martyr than as a living, breathing military adversary.” And living on as a martyr is the magic word.

Sen. Murphy didn’t stop at that, he also included; “There will be reprisals, and Iran will likely target American troops and even our own political and military leaders. This is why the United States does not assassinate leaders of foreign nations, in the end such action risks getting more, not less, Americans killed in the long run.” He couldn’t be more spot on.

“The question that has to be answered is what brought us to this moment. what’s the intelligence behind that? And what comes now?”

He went on to say;

”I fear that this administration used tactics but has no strategy in the long term … what we can’t accept is a march to an unauthorized war.”

All of that speculation aside, no one is quite sure what, how, or when Iran intends on striking back, the one thing we all know is that they will in fact attempt to extract revenge, the bigger question however is will that truly bring us closer to another war? Was it not Trump and his followers who once accused President Obama of attempting to start a war so that he would be able to remain in office?