Covid-19 in US Long Before March? 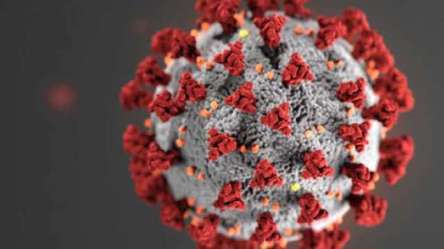 What the US Government Did Wrong

An increasing number of news reports are spreading the growing theory that Covid-19 was already in the United States back in late December-early January and if any of you had what I did, you would in fact be in total agreement with that theory.

Some reports circulating indicate it was here as early as November however experts agree that is simply not possible.

Show of hands, who fell ill back in January? I had H1N1 years ago and thought that was bad, but this past January, I became so ill I was told I looked like death. It hit hard and fast over a weekend, fever, I thought I had the stomach flu because I was unable to eat or drink anything, I cannot recall my sense of smell but I did not exhibit the typical body aches and pains one normally has when getting the seasonal flu, then by Monday I was struggling to breath, in the end I had a cough that took forever to clear. I felt as if something was on or in my chest, in my lungs and it was not moving out, and the cough was dry and the feeling took roughly two weeks to get through.

I have spoken to several individuals here in Colorado who describe a similar experience back in late December and early January. None of us were tested for Covid-19, which begs the question, why not?

Everyone I know pulled through without having to be hospitalized as well.

Today, we should be testing individuals who were suspected of already having the virus to better determine how long it’s really been here in the US and what the actual survival rate is. That testing could in fact prove key in finding ways to better treat it before it becomes life threatening because most of us that got it were either treating it at home or had been given antibiotics because it was thought to be an acute upper respiratory illness.

When we become reactionary we make knee jerk decisions rather than taking just one step back and looking at the situation in its totality.

My gut tells me that in fact Covid-19 was in the US long before March hit and we were silently treating it as an entirely different illness. Isn’t it time we learned the truth about that rather than coming up with excuses so as to avoid that truth?