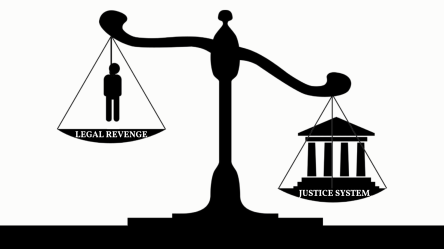 As most of my long time readers know, I have survived some really horrendous and abusive relationships in my life. I stand up for the little guy, even sometimes the injustice criminals face because for some the system is great but if you are less fortunate financially, you could find yourself to be quite fucked.

I had word yesterday that this was coming, it really messed me up a little. This morning the email finally arrived:

Now that Mr. Strother has successfully completed his deferred judgment and sentence, he is requesting that this case be sealed. As the victim, you have the right to object to the request. I would need to know as soon as possible to get the objection in, the court can act on the request at any time. I have to be candid about something here though: even though the law gives victims the right to object to sealing, the law also says that Mr. Strother is entitled to this sealing. If you do object, please let me know and I will get the objection filed.

As all of my long time readers know, I do not tolerate allowing someone to get away with things just because they are wealthy. I find the injustice of our current legal system to be a complete joke, some men and women have the book thrown at them simply because a DA knows those individuals can’t fight back due to lack of funds, while others can so they are given all of the graces and the victims. Well we get nothing, no justice, no help, or even a second glance once a more wealthy offender is in the system. Not once prior to this has the Judge or DA listened to a word I have had to say, all because this man is wealthy. So my response to the DA today is below. I am publishing it to help other victims and to again remind all of you that I am here, I have your back. You commit a crime, you should do the time but you should be allowed the same graces the man who left me beaten and hurt had.

Thank you for the opportunity to have a say in Mr. Strother’s request. I am deeply saddened, disappointed and opposed such a request. Mr. Heiny I spend a lot of my spare time fighting for victims as well as for those who are less fortunate than Mr. Strother is, I spend a lot of time fighting for the little guy, and today I am the little guy.  What I can tell you from that and as Mr. Strother’s victim, the whole case was unjust as far as I am concerned, just as any other victim might find herself. The case left me completely disgusted with the Judicial system and even more dedicated to fighting injustices such as this.

This man was given a deferred sentence, based off of his financial status, not just because he had never been in trouble before. That sentence allowed for him to have this case wiped away once he completed his probation. Is that not enough, think about it, it should be enough.

I did not get any justice what-so-ever, I lost my home, half my belongings, a part of myself that still to this day causes me to question and not trust any man’s intentions toward me. Mr. Strother entered into a relationship with me by not being honest about his sexuality. To further complicate things, he drug me through a sexually deviant, abusive and painful path on top of the constant threat that if I did not play along he would just have affairs, throw me out, the verbal abusive behavior of his. The damage of all of that has taken a long time to get over. I am not sure that I am entirely over all of that still, I am still incapable of actually having any type of healthy sexual contact with another man because of everything Mr. Strother did to me and put me through. I no longer trust or have faith in men.

Mr. Strother was given a very light sentence all because of his status financially within society and now he wants the record of this case sealed? This case truly exposes just how unjust our Judicial system is in this country. I have spent a lot of time meeting victims, other men who committed lesser DV offenses, talked to lawyers, police, witnesses and those men, who do not have the same financial status of Mr. Strother, these other individuals never committed a crime before they received their DV and sentence and they have had the book thrown at them. They are in the eyes of the Judicial system, lesser therefor they are not afforded the same privileges Mr. Strother has had during his time in the system.

What I have learned from my travels the last couple of years is that men like Mr. Strother are more likely to reoffend at some point in time because by removing records, giving light sentences, slapping them on the wrist, well that sends a clear message that the behavior is acceptable when you are wealthy and please do not argue that point with me, I can put several headlines in front of you just to prove that point.

So no I am completely against this, men like Mr. Strother should never be allowed to have these records sealed, because in doing so, you send a message to all of us that his behavior is okay, once the records are sealed, you give him power and permission to reoffend. And victims, well we don’t get to forget, that record is never wiped away from us. I would strongly urge you to not remove this from his record, he committed the crime and that record should remain a part of his life for the rest of his life just as his crime is part of my life for the rest of my life.