Attorney General Jeff Sessions – And his “War on Thugs”

Jeff Sessions Can’t Back up His Mandatory Sentencing Claims

The Trump administration’s tough on crime agenda is about as useful as decaf coffee.

It has no use other than in the garbage.

Attorney General Jeff Sessions latest reason to be tough on crime was to creatively without any proof, reference a memo by the Obama Administration that had suggested that federal prosecutors avoid charges for low-level drug offenders that could trigger lengthy mandatory minimums.

Sessions clearly not understanding how crime rates work, quite disagrees with that memo. His rather dull, unproven and completely inaccurate argument is that the memo actually caused violent crime to spike for the first time in decades and he incorrectly suggested that his decision to revoke the memo will, in turn, cause violent crime to fall, with absolutely zero proof what so ever that the memo did in fact cause crime to spike.

Which it didn’t by the way.

Throughout the history of crime it has never once been proven that mandatory sentencing has ever brought crime numbers down.

What we do tend to see when we study crime rates are things like poverty, drugs, gangs and alcohol tend to help increase crime levels along with as you might have guessed, a growing population.

To break that down into layman’s terms for someone like Jeff Sessions who so very clearly has no grasp on crime in our nation, our population overall is growing and any time you have a growing population you will see an increase in crime rates because, well, as one might also guess crime rates grow as the population grows.

To take that a step even further, it’s not always really an increase in crime if you are looking at just numbers, although it may appear that way because of the of the way crime stats are reported, one has to compare those numbers with the numbers of the population which very few of us actually do, especially the mainstream media.

The point is simple, crime rates usually tend to keep up with the growth of the population that supports it. So the numbers in relation to its population really have not increased overall, despite what they were the year before, or year before that, etc. It’s not like the population is shrinking here.

The sad fact is that we currently live in a society where blanket sentencing is no longer an appropriate nor effective way of dealing with crime at any level.

I once had two shoplifting cases before me, from the same store. But the crime because the individuals were two completely different people, was in fact different.

In one case, the defendant shoplifted frivolously meaning that individual stole, makeup, hair product, nail polish, etc. This particular individual had a rather good education and upbringing. This individual also did not care about being charged with shoplifting and was not aiming to change any time soon.

Defendant #2, this individual shoplifted food, generic food, things like cheap hamburger, rice, beans, baby formula, a couple of bags of oranges and baby diapers. She had an 8th grade education, had married an immigrant who had been deported and was left overnight with no income, no job and no way to support her family.

While both were in the wrong, they should not have been sentenced the same way. Our society is starting to see the clear difference in crimes that are committed and by whom. While we do not condone the crimes we need to understand why they were committed so that others will not resort to the same thing.

We set up a judicial system to reform and to teach others a lesson about not following in the footsteps of those before, yet we do very little to ensure that other than to jail and hand down mandatory sentencing.

We can’t keep enforcing mandatory sentencing as a way to control crime, you control crime by becoming educated yourself as to why it is happening in the first place.

This is where you learn how to head it off before it happens again.

But I am not the Attorney General, who should already know this and be somewhat more forward thinking. It is 2017 after all.

Besides, throughout the entire history of crime and putting laws on the books in an effort to prevent crime has that done anything other than instill the very idea of committing said crime into someone’s head in new and creative ways? Think about it.

Donald Trump and his dream team

Are they just yes men or tyrants?

“A weak person who always agrees with their political leader or their superior at work.”

“a cruel and oppressive ruler”

A lot of talk hitting the newswire this past week and over the weekend with regards to President Elect Donald Trump’s top picks: 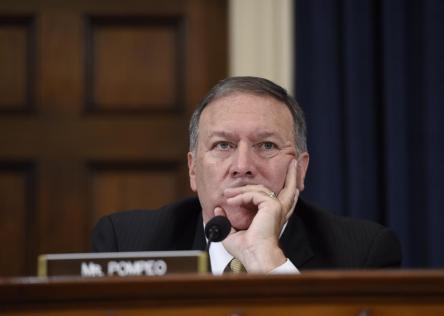 Head of the CIA – Mike Pompeo 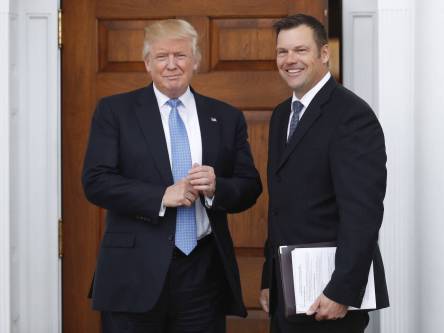 In looking at each pick outwardly they seem like very intelligent well thought out choices, each one of these men in fact, have shown that they care deeply for America.

Whether you agree with how they might accomplish that, is another story. Some backed idea’s in the past that are no longer acceptable and in some cases legal. But if you wanted a team that truly cares about our nation, Trump seems to be picking them.

The downside of all of this:

While President Elect Donald Trump’s team seems to be well put together, the question remains can they serve this nation as just men, yes men or tyrants?

Each has some pretty straight forward thoughts on how to handle things, in fact Pompeo supports waterboarding still. Sessions has been slated to undo decades of progress according to CNN and he was denied a federal judgeship for making racist comments, Bannon is said to be a racist and the good Gen. Flynn was fired from his job at the pentagon because he can be a wee bit combative and is also highly critical of muslims.

Trump’s FCC team dislikes net neutrality and broadband subsidies for low income Americans while, Jason Miller a spokesman for Trump will not back FBI director James Comey who I believe Trump will need in the long run because right now, he is highly viewed as balance. He is not a tyrant or a yes man.

“Power is a dangerous thing. Be careful that you don’t abuse it or let it make a tyrant of you.” – Louisa May Alcott

Trump has already begun the process of distancing himself from a public that voted him into office. His team lacks the human being factor, the ability to read, listen and hear the public that it will now serve.

Trump’s team is lacking that key figure that will tell he and his team just what they don’t want to hear and that is needed. They don’t have to like it but in order to relate to the public they serve, they need that key figure who can look each in the eye and tell them how this nation will feel as changes are made and then implemented.

Trump would do well to remember, to take into account and to understand a big part of the reason he was voted in is because the nation felt unheard by our leaders. Leaders, elected officials, congressmen, etc, were just doing what they wanted and we as a nation, wanted to see that changed.

Now is not the time to stop listening.

Trump’s team lacks any and all empathy for the good of man, the powerful voice of empathy and understanding is missing.

Sure, you can tell people that you hear them repeat what they said but you cannot fake the empathy that goes along with that.

Don’t get me wrong, President Elect Donald Trump is a great actor, learned from his reality show no doubt, but empathy cannot be taught.

If you cannot feel empathy, the nation will see that and that will cause unrest among the nation he will soon serve.

This is a key element many leaders throughout history simply did not have and ultimately it ended up being part of the reason they failed.

I had a boss once who could tell you that the sky was falling and you’d walk away pretty okay with it.

Trump and his team lack that ability currently.

Trump and his team are missing that powerful voice. The one person who can help them tell a nation both the good and the bad.