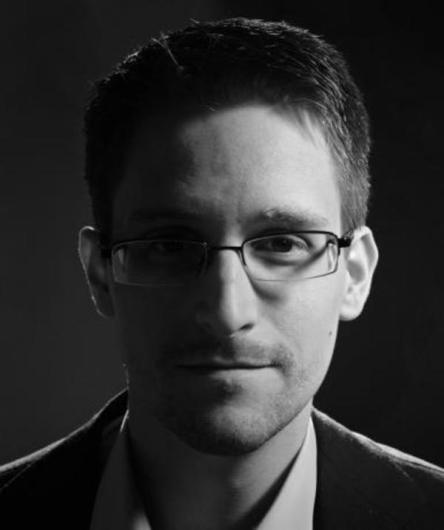 Earlier this week Newsweek published a couple of articles regarding Edward Snowden.

Edward Snowden asserts that the articles are in fact, fake news.

The articles are in reference to a book that Edward Jay Epstein has been promoting “How America Lost Its Secrets: Edward Snowden, the Man and the Theft”

Edward Jay Epstein has an op-ed in the WSJ.

“Of all the lies that Edward Snowden has told since his massive theft of secrets from the National Security Agency and his journey to Russia via Hong Kong in 2013, none is more provocative than the claim that he never intended to engage in espionage, and was only a “whistleblower” seeking to expose the overreach of NSA’s information gathering. With the clock ticking on Mr. Snowden’s chance of a pardon, now is a good time to review what we have learned about his real mission.”

I always try to keep my articles more in the “my opinion” perspective and I have to say that I have started to notice that, more and more people are starting to sit down and really question the government’s decision to label Edward Snowden a traitor.

Edward Snowden is quite frankly, no more a traitor than my cat is thin and young.

That said I have to ask, what mission is the author talking about in his statement above? From what actually happened, Edward Snowden did not release intel to any specific government, he released his stolen information to the entire world through some media contacts and a blogger.

Besides, Edward Snowden really just figured out that the NSA was involved in illegal activity and he wanted to investigate the depth of it.

He succeeded in doing that but the man never sold intel, he in turn just handed it over to an entire world because he happens to have a moral compass.

I had no idea about the book until I started seeing Edward Snowden’s tweets, so I looked into it.

The first Newsweek article headline was all about why Obama could not, even if he wanted to, pardon Edward Snowden.

If you read the article like I did, it was the instant regret you get when you pay full price for a movie ticket to something that left you questioning not only your values by why in God’s name would you ever pay money for something like it?

All the great parts were actually in the commercials and $40 and two hours later you walked out of the theater feeling really, really let down.

The story was the same he said/she said stuff.

The first Newsweek article did not live up to it’s title of telling us why the president cannot pardon Edward, it simply told us why he chooses not to pardon Edward Snowden based off of what Edward Jay Epstein says.

Which amounts to a regurgitation of speculation and false investigative reports.

Because some of what Edward Jay Epstein wrote about in his book, was actually debunked a very long time ago.

For instance the not too subtle insinuation that Edward Snowden’s release of this intel helped Terrorists like Osama Bin Laden change how they communicate is a very far cry from being close to any truth.

Terrorist groups had already changed the means of communication they used because years before Edward Snowden’s release of intel they actually, all by themselves caught onto certain surveillance techniques.

Which was what the second article in Newsweek focused on, how Edward Snowden sabotaged the war on terrorism.

I won’t bore you with all of the specifics but I will point another big flaw in Edward Jay Epstein’s theory with regards to Edward Snowden and how he sabotaged the war on terrorism. 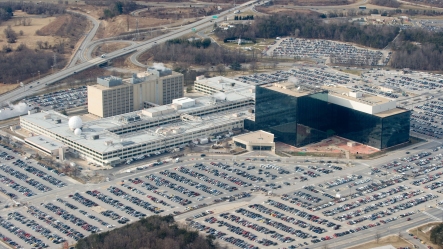 Epstein talks about the NSA’s PRISM program and encryption etc, Epstein more or less asserts that because of Edward Snowden, the idea of encryption started and that service providers, developers of app’s and social media now refuse to just hand over user info…blah, blah, blah

Edward Snowden or no Edward Snowden, the sad, very sad truth of that is that programs like PRISM and the NSA’s program 215 is that, from the very beginning they were inevitably doomed to fail, be discovered and stopped.

Not because of anything Edward Snowden released, but because things like encryption were already on the minds of developers.

So yes, those programs were absolutely going to be discovered and shut down without Edward Snowden, he just happened to make it happen a little sooner than it would have.

Which actually does make sense. OF course they’d want to see him, with the information that he had given away already, they’d want to make sure it was true and want to know if the US had in fact, had access to anything of the Russian Government’s.

Sure you can choose to believe the investigative reports from Booz Allen Hamilton, the firm that the NSA uses.

The one that Edward Snowden worked for when he reportedly walked out of the NSA with top level intel.

But then again, you also have to realize that Booz Allen Hamilton has a nasty habit of procuring employee’s that do a better job of hacking the air gapped system of the NSA than Russian hackers do.

They employ individuals who can obtain jobs at government facilities that house top level intel and manage to walk out the door with said top level intel.

Which by the way has happened more than once with this particular firm.

Obama loves to toss around the idea that Edward Snowden never at any time tried to use the proper whistleblower channels to report any of his concerns.

But let’s take a step back for a moment and think about that one.

First, Booz Allen Hamilton and the United States Government are the one’s saying they could find no proof of Edward Snowden’s attempts to report his concerns.

The problem with taking the word of the firm in terms of its investigation is that they are a paid organization contracted to do work for the government.

They don’t want to do anything that would risk the loss of that beloved government contract. If they knew about Edward Snowden’s concerns prior to his departure from his job, they risk losing that contract.

Because that government contract equals money and Booz Allen Hamilton just so happens to be a for profit organization.

Then you have the investigation the United States government did.

The NSA was caught doing something they never should have been doing, they didn’t like getting caught.

In fact, the US Government’s reaction to what Edward Snowden did is comparable to a narcissistic type of personality.

What’s more however, when you really sit down and think it through, the government can’t really pardon Edward Snowden either, because it sends the message to others that stealing top level, secret and highly classified intel is okay.

They have to send a clear message and so by default the messenger will be shot in this case, not literally of course but, you get the picture.

I feel for Edward Snowden, his girlfriend and his family. I’ve been in his shoes, sometimes doing the right thing turns into giving up your entire life, everything you know and trust is just gone.

What I can tell you from personal experience, is that ,it is not an easy place to be and it’s a decision that is not taken lightly.

A lot of thought goes into it, a lot of back and forth thinking about doing the right thing.

What Edward Snowden did, was make the choice to give up his life because he believed that what the NSA was doing, was wrong and he sought only to educate his fellow man about it, not to cause or inflict harm.

When a person has morals they think of others, they gladly give up personal comforts and possessions in order to take care of others.

Edward Snowden gave up his life here at home for all of us.

Our government by default cannot condone what he did, so by default he can’t be pardoned for a very long time, if ever.