Love it or hate it the reality is with every Facebook product these days, you are dealing with a liability in terms of your information being sold, stolen and your device hacked in some fashion.

The increased issues with all of Facebook’s products has left users vowing to leave Facebook. WhatApp, Instagram and any other social media app owned by Facebook altogether, some are in fact boycotting Facebook, and all of its products altogether.

Politically, they are looking at fine after fine from a multitude of countries including the US which has done nothing to slow hacks, info being leaked, shared, and stolen. Even more, some want the company broken up. 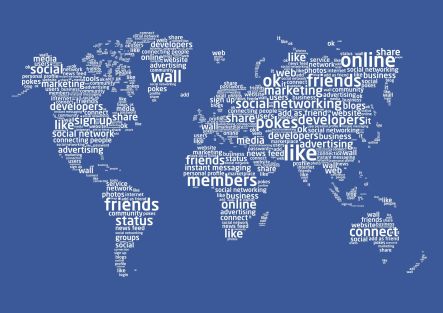 The problem is that users do not have another option so Facebook and all of her other social media apps are going to continue on and continue to lose your information as well as leave you vulnerable to being hacked and your information stolen.

It was recently discovered that WhatsApp, which is owned by Facebook was hacked in a targeted attack, so naturally yesterday WhatsApp urged it’s 1.5 billion users to update their apps as an added precaution.

Facebook says that they discovered the vulnerability and attack earlier in May, and the attack targeted a “select number” of users and that it was orchestrated by “an advanced cyber-actor.” Then why have all 1.5 billion users update their apps? Some suspect the reason for urging all of WhatsApp users to update the app is simply because Facebook does not in fact, really know just how many users were caught up in this latest mess.

The attackers used WhatsApp’s voice calling function to ring a target’s device. Even if the call was not picked up, the surveillance software could be installed. According to Facebook, the call would often disappear from the device’s call log.

WhatsApp markets itself as a “secure” communications app because messages are end-to-end encrypted.

I guess that is not an accurate way to market itself any longer now is it? 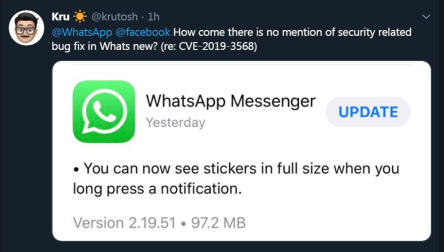 A fix was rolled out yesterday however, the app store notes associated with the latest update are not explicit about the fix. Furthermore, no one knows for sure if simply updating the App is going to actually fix the issue or not.

Social media is a choice, you can choose to use it and assume you can control every aspect of that, the reality is as long as a tech giant is running it and not you, you will never be in control of your information being lost, stolen, sold, shared or of being hacked.