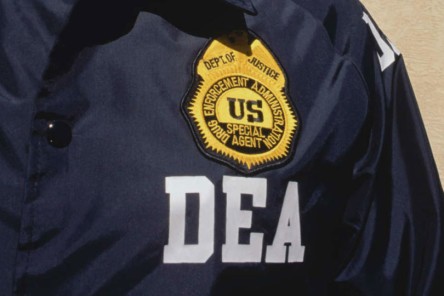 Butting in where they no longer belong

The idea was that the DEA would establish a single unified command to combat “an all-out global war on the drug menace.”

That’s the brief history of the DEA and what’s really troubling is that, it’s designated purpose for existence is a complete and utter failure.

The United States leads the world in recreational drug use and drug related incarceration.

It seems that through the Executive Order President Nixon decided to issue, he failed to foresee the actual future, a problem our elected leaders often have. I am not talking about being a psychic but it would have made more sense to have a plan that would have better addressed drug addiction rather than jail addicts.

Not to mention neither President Nixon nor the DEA ever considered that big pharma would play a hard and solid hand in drug addictions that have reached epic proportions.

Legal Opioids were responsible for the deaths of 28,647 people in 2014 – drugs big pharma produces, designs and drugs that doctors prescribe.

Not to mention that heroin addiction has reached an all time high (no pun intended), it’s gotten so bad that law enforcement agencies across the US are struggling to contain it.

Understanding non-natural, synthetic drugs or rather designer drugs as I like to call them, let’s look at an non opioid.

Yaz birth control pills were all the talk when they first came out on the market. They were supposed to carry less risk because they were made with a promising new synthetic group of hormones.

As it turned out, they carried the same risks if not more in some cases. Some women died while taking these manufactured, synthetic birth control pills.

The makers of Yaz have been sued multiple times for the lies and the resulting health issues that plagued women after using the drugs.

Our bodies are not and never were designed for the intake of manufactured synthetics.

It was recently announced that the DEA intends to classify Kratom as a schedule 1 controlled and illegal substance in an effort to avoid “an imminent hazard to public safety.”

A tree leaf, which pharmacologists classify as a an alkaloid not an opioid. Most people have turned to this tree leaf to treat everything from pain to opioid addiction.

As it turns out the alkaloid helps people kick the opioid habits they have developed from over-prescribed and overused prescription medications.

Medication’s that the DEA has openly ignored, medications that are not natural but designed, and they are designed not to treat users, but to hook users while at the same time, destroying major organs such as the heart, kidneys and liver.

The plus to all of this is that Kratom is less habit forming than anything on the market today.

So as one can imagine, the DEA’s move here has left a great many upset and they take this move by the DEA as the U.S. Drug Enforcement Agency publicly acknowledging that they are in fact, in bed with big pharma.

Today, I saw a headline pop up with regards to big pharma fighting cannabis legalization simply because it would “significantly limit” the commercial use of that company’s drugs.

That donation made them the group’s single, largest donor.

What is very concerning is that the DEA chooses not to notice these things, it is becoming very clear to the public that if one wants legalization or to criminalize of drugs, herbs, a tree leaf all they must do is buy it.

So if you can buy your way in like big pharma, anyone could effectively approach the drug cartels and ask for funding for the sole purpose of lobbying to legalize this or that drug, basically buy their way in, get legalization and the cartels would be selling product which as I understand, they really, really want to do.

It’s also worth a mention that in issuing its scheduling notice, the DEA said that the Centers for Disease Control received 660 complaints about kratom (including reports of constipation and vomiting) between 2010 to 2015, out of 3 million calls annually reporting adverse reactions to assorted other foods and drugs.

What’s funny is that the Centers for Disease Control has received more complaints for the same years annually with regards to energy drinks if anyone cared to know that.

What that shows is that, the public is sick and tired of the U.S. Government telling them what they should put into their bodies.

And the public is really tired of putting unnatural things into their bodies.

The public no longer wants to be forced into having to take manufactured, designed, synthetic drugs that were created with the sole purpose of creating addiction in its users and a very slow death because they ruin internal organs.

It is time that the DEA took a long hard look at what they are currently attempting and divorce big pharma.

It’s time that the DEA start doing what it was supposed to do all along and pay more attention to the real drug issues that America is facing.

Starting with those that are and have been created by big pharma.