US President Donald Trump Upset Over Coronavirus Patients Being Repatriated

Coronavirus – The Next Pandemic?

I am sure that by now you all are very well aware of the Coronavirus, heard rumors that China has been less than completely honest about just how many are/were infected and how many have died, how China is jailing those that go public and have even gone as far as to use Twitter and WeChat to find anyone sharing information about the Coronavirus and silence them. 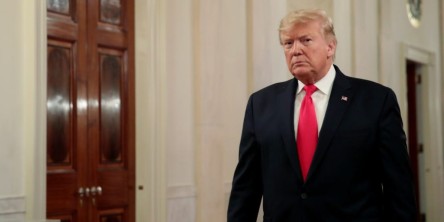 The Stock Market tanked today, and rumors are swirling that Donald Trump was a wee bit upset that the US passengers that were quarantined aboard the Diamond Princess cruise ship in Japan flew home on Feb. 18.

14 of the passengers who were known to be infected with the Coronavirus the rest were discovered later. Those patients tested positive after the arrangements for their repatriation had been made as part of the group. Repatriation means to send someone back to his/her own country.

That of course caused quite the debate between the State Department, who wanted to go ahead with the repatriation, and on the other side of the ring stood the Centers for Disease Control and Prevention, who recommended against it. The CDC’s concern was shared by infectious disease experts, but the Department of Health and Human Services supported the State Department.

We all know who won that argument, and that upset the Don and for good reason. The evacuation was rushed seemed to stem from the discontent of the passengers rather than due diligence or just basic common sense.

Initially the whole group of US passengers on board the cruise ship were supposed to stay in Japan something Anne Schuchat, a CDC executive thought would be the safer course of action.

The State Department, well they trusted the precautions put in place on the plane, and considered the journey back to the US safe: The infected passengers would be separated in an enclosure in the plane. An enclosure no one was sure even really worked to contain the spread of the Coronavirus.

Funny how this ended up but it was Trump’s people from the State and Health departments who made the decision that Trump later considered reckless.

According to reports, Trump was in fact pretty furious over these passengers being repatriated rather than staying in Japan as they should have for the time being.

Trump is somewhat of a germaphobe when it comes to communicable disease and highly contagious illnesses and it’s left me wondering what his next move might be over the Coronavirus given that it is spreading as quickly as a California wildfire does. We have travelers coming into the US from all over the world, the US is carefully screening people for the virus, the bigger question is, is everyone else and if they are, how good are they screening really?

Match.com Sued by the FTC

Popular dating site Match.com is being sued by the FTC for allegedly luring paying subscribers with fake messages and likes.

Match offered a free profile but the catch was you could not see or respond to messages, in fact you couldn’t even look at your likes until you paid a hefty subscription fee. In addition to that, Match rarely if ever actually kept its 6 month guarantee. 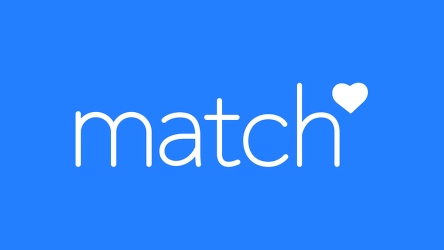 The FTC says that nearly half a million went ahead and subscribed, only to find those supposed messages of romantic interest were actually fakes or just didn’t exist at all. So, the FTC sued Match Group, which owns Match.com, Tinder, OKCupid, PlentyOfFish, and other dating sites claiming that Match.com for using fake love interest advertisements to trick hundreds of thousands of consumers into purchasing paid subscriptions.

According to an FTC statement, up to 30 percent of the users who register for Match.com every day are there to perpetrate scams. You know the old, romance scams, phishing schemes, fraudulent advertising, and extortion scams.

Per the FTC, Match.com used those fake messages to lure in new subscribers.

The funny thing is, if you let your paid subscription expires, Match doubles down on efforts to get you to pay again. One person I spoke with showed me how many emails she would get in a day from Match saying: He just emailed you! You caught his eye and now he’s expressed interest in you… Could he be the one? READ HIS EMAIL>>”

Once she renewed her subscription however, she found nothing. Not an email, no new likes, nothing, yet she had received over 10 emails prior to 5PM insisting she had a message or a new like.

One of my guy friends paid twice for a subscription after having received a slew of emails from Match for a week, once he logged in he had one message, not several and despite the emails indicating he had over 50 likes, he had just one.

He asked for a refund from Match and they refused they explained to him that the likes and emails were probably from fraudulent accounts that Match’s security team found and took down.

Which is a lie Match is trying to sell.

The FTC says 499,691 people signed up after getting an email saying they had a message or likes, only to find either a message from a scammer or a message that was no longer available because Match.com’s fraud protection system has already caught and deactivated that account.

The FTC lawsuit also accuses Match of other business practices it claims are illegal, such as offering a free six-month extension to users who fail to meet “someone special” during their initial six-month subscription period, but that there are a lot of special, time-sensitive requirements for getting that free extension buried deep in the fine print.

The FTC also alleges that Match fails to provide an easy way for consumers to unsubscribe and stop recurring charges, something that the FTC says violates the 2010 Restore Online Shoppers’ Confidence Act (or ROSCA).

Which my friend can attest to, she went through hell trying to unsubscribe and stop the recurring charges. I actually had to Google it for her and found a step by step guide.

Match intends on fighting the charges, which should not shock anyone. Match however, should be extremely worried that it’s customers are going to head right to the FTC with living proof of the companies illegal scams so as to dupe

customers into paying for subscriptions.

The reality is Match for all of its efforts to try to pass off those likes and messages as being sent by scammers, it’s Match.com itself sending them in an effort to gain paid subscribers.

And that is the question the FTC should directly ask the subscribers of Match, they’ll get the full truth then.

Match was once a good way to meet someone, until Match became greedy. Like with mot dating sites these days, consumers are shying away from them due to all of the deceit, as well as the sites own fraudulent scams so as to obtain paid subscribers.