Did any other Walking Dead fans see a headline yesterday about Emirates Flight EK 203 and feel that fluttering of hope from deep within?

How many of you thought to yourselves “Thank God the Zombie apocalypse is finally here, Trump is gong to be eaten by a staffer.” 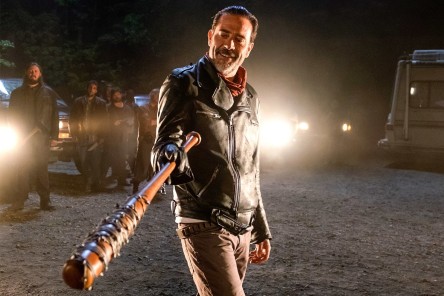 It would be a welcome relief for thousands of Americans because a zombie apocalypse is a step up from the presidency in this country.

Of course, knowing our illustrious President, he would find a way to capitalize on a zombie apocalypse and pat himself on the back through Twitter. 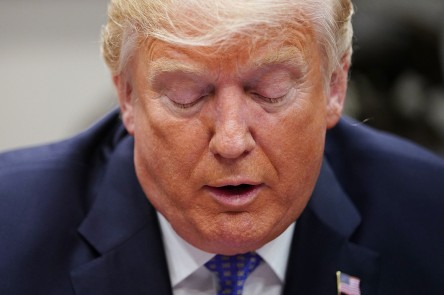 Trump tweeting prior to acknowledging a zombie apocalypse;

Trump: “My fellow Americans, trust me when I say this, no plane full of sick passengers and crew ever came to America, there is no zombie apocalypse.’

‘That is fake news, which I think we can all agree on, has to go. It is clear collusion between Robert Mueller, some anonymous source within the White House, Russia, China, Iran, Syria, pretty much a lot of the Middle East like that ISIS. Others involved, North Korea, Colin Kaepernick, Nike, James Comey, Obama and Hillary Clinton, who are all people that are out to get me as I have proven many times before. They are trying to cause chaos and fear in America to divide us, to try to distract us all from what’s really happening, real news, like how I am making America great again.”

Trump: “Yes a plane full of sick passengers did arrive from the Emirates, but it is fake news that the CDC does not know the cause. Folks trust me, I mean really trust me when I say this, the entire flight, all of the crew and passengers became violently ill upon learning that Jeff Sessions has not done his job since day one of heading the department of Justice.” 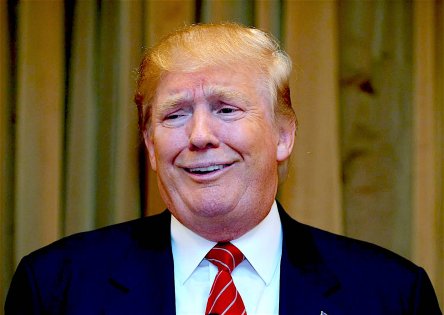 Trump’s tweets after deciding to capitalize on the zombie apocalypse;

Trump: “I know some of you think Zombies are a bad thing but I gotta tell you this my fellow American’s, they all agree that I am the best president that the United States has ever had, I am doing more for the zombies and non zombies than any president has previously done for anyone, ever.”

Trump: “Speaking of fake news, the zombies believe that any news about Russian collusion and the 2016 election, Bob Woodward’s book, all those Omarosa recordings are fake news and I think we can all agree that fake news needs to go away, it just has to go we need to start directing the zombies to all fake news media outlets like CNN and let them send a clear message that America will not stand for any more fake news.”

Trump: “Make America Great Again and folks that is just what I have done here. This zombie apocalypse is just what America needed. I have created more jobs in America than any president previously has by creating jobs for the zombies.”

Trump: “Zombies don’t even ask for paychecks, we just toss them a journalist or someone who doesn’t support me, like Jeff Sessions and they eat them. I have created more jobs for the zombies than any other president ever could, and these zombies’ folks don’t even want housing so because of me the cost of housing is going to go down in record number and because of all of that, I have made America great again! No other president can say that, they just cannot say that!”

Trump: “At least the zombies have a real excuse for not kneeling for the National Anthem, like a rotting limb could become detached from the body and also because of the zombie apocalypse the zombies and I agree that they don’t need shoes so for all those folks planning to burn your Nike gear, you no longer have to because of zombies and me Nike sales are going to drop drastically.” 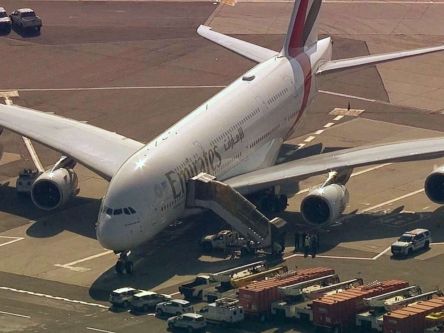 All joking aside Emirates Flight EK 203 from Dubai landed in New York yesterday and was in fact greeted by health officials along with local authorities because passengers and the crew had fallen ill during the flight.

Basically, a plane full of sick people is cause for national concern and it is treated as such, except for, well I guess those guys over at the CDC don’t watch much of the Walking Dead.

11 out of 549 individuals went to the hospital and those 11 are still in the hospital. The remaining passengers and crew were allowed to carry on to their respective destinations.

The CDC is still investigating at the time of writing this to see what made everyone sick but as it were have determined that it is not communicable at this juncture.

Rest assured my Walking Dead Fellow Fans/And Fellow Anti Trump fans, we may still see a zombie apocalypse given that the CDC has not yet determined what is going on if anything. So, we may yet get a break from the likes of Donald Trump.