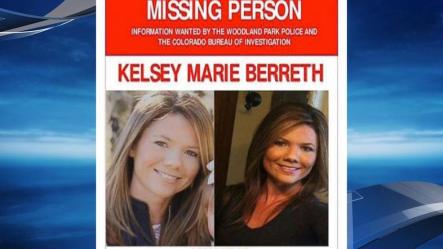 Kelsey was last seen publicly on surveillance cameras shopping at the Safeway in Woodland Park with her daughter on Thanksgiving. Officers said she later exchanged her daughter with her fiance and that was the last time anyone has seen her.

Oddly, 10 days went by before anyone reported her missing and even more odd, just 3 days after anyone last saw Kelsey, on November 25th, police say her cell phone pinged in Gooding, Idaho roughly 800 miles away from Woodland Park.

Her family has said that this is not like Kelsey who is a devoted mother, close to her family and devoted to her job as an aviation instructor at Doss Aviation in Pueblo, Colorado.

The phone went on to send a text from Kelsey’s phone to her employer stating that she would not be into work the following week. Police say Kelsey’s fiancé, Patrick Frasee, is being cooperative. He told police the last text he received from her phone was on November 25th as well.

He told officers he had not seen her since Thanksgiving when he met to exchange their daughter.

He also did not report her missing, it was Kelsey’s mother who did that on December 2nd.

A search of her home revealed nothing missing, nothing to indicate she had planned a trip or any type of travel.

It also did not appear that a struggle took place.

At this juncture police are treating the case as a missing persons case however, my belief based off of what I have seen and am sensing, deeply, if you catch my drift, is that they should be looking at the case differently. 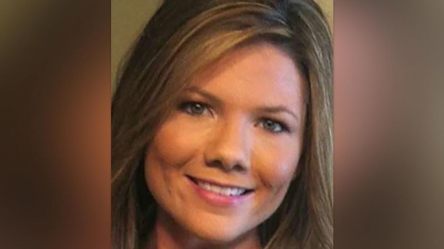 No mother would just up and leave her small child without a reason. Additionally, Kelsey seemed to be leading a happy, productive life.

Although to play devil’s advocate, people have gone to great lengths to up and vanish when life has simply become too much.

I do not believe this is the case here, however.

It is pure, seemingly planned coincidence that the phone pinged from 800 miles away, 3 days after she went missing. It feels too planned.

That also happens to be a fairly common maneuver of someone who is attempting to cover his or her tracks.

The reality of that is when you do not see obvious signs of a struggle, or any indication that she was going somewhere she did not want to go, she ended up leaving with someone that she knows and trusted.

Because that text gave a lot more away than the sender intended it would, something not good happened, things are quite amiss.

And that would have had to have been someone who is close to her.

Close enough to know how to get into her phone should she not be able to do that herself.

Most parents of small children tend to make sure they keep cell phones locked down because kids love playing with them.

My sense is that the phone and Kelsey were not together at least in the physical living sense at the time the text was sent.

I am more curious as to why it was that Kelsey’s fiancé had not reported her missing, no concern for the woman he was engaged to?

Police should refocus the investigation because it was no coincidence that the texts came 3 days after she had gone missing from another state.